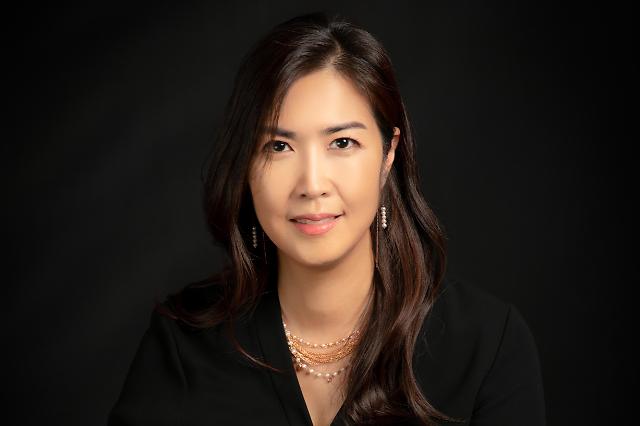 [This profile image was provided by Chung Seung-hee, a former Viacom vice president]

SEOUL -- The success of Hallyu (Korean cultural wave) content demonstrated by the world-popular Netflix Original "Squid Game," and the Oscar-winning 2020 film "Parasite" directed by Bong Jun-ho did not happen overnight. The renaissance of South Korean-made content is the concoction of various factors including unique storylines that are cleverly designed to share ideas and create an emotional bond with fans.

The ability of Hallyu content to present innovative stories and stunning visuals played a vital role in attracting global fans who have been overly accustomed to content created by major film and drama makers in the United States and Europe. "Kingdom," a Netflix Original drama series that depicted zombie-infested Joseon, a Korean dynastic kingdom, became one of the most-watched drama series of the world's top over-the-top (OTT) service in 2019. Viewers were mesmerized by the drama's fast-paced storytelling and vibrant screenplay.

"Personally, I think many of Hallyu content are very Korean but also very universal at the same time. I think their 'universality' created a bridge of sympathy between content and audience," Chung Seung-hee, a former vice president at U.S. media conglomerate Viacom, said in an interview with Aju Business Daily. "Also, Hallyu drama content has the magnet-like aspect of 'fun.' I think the pure excitement and fun which South Korean content offers to the global audience is the key to success."

The "funness" of Korean content was acknowledged widely when Squid Games created a global phenomenon that captured young and old viewers together. The thriller drama series revolves around a group of cash-strapped people competing in deadly children's games to grab an enormous amount of prize money. Squid Games was watched 1.6 billion hours during the first 28 days of release to become the most-watched drama on the world's most popular OTT platform.

Hallyu was not so universal to create a bond with the western audience when the first Korean cultural wave swept across Asia in the early 2000s. K-pop artists like BoA and Wonder Girls gained confidence through their popularity in Japan and other Asian countries. However, they saw bitter failure in the American market. Western fans did not pay much attention to South Korea's idol dance-centered music which was very different from the global music trend that revolved around genres such as post-Brit pop, pop rock and power pop.

K-dramas were no different. Some Korean drama series attracted attention in Japan, China and Southeast Asian countries with similar cultures, but they were shunned by western fans because many Hallyu dramas depicted fairytale-like unrealistic love stories or history-based fictional stories that required background knowledge.

The global content distribution specialist said that MZers have led a new trend in accepting and consuming foreign content. From the perspective of young consumers, the boundary between cultures is not as clear as seen in the eyes of older generations, she said, pointing to the way young generations react to different cultures nowadays. "Having to read subtitles is no longer a problem as long as the story is interesting and fun."

Smiling in wonder, Chung said the once-trended word "glocalization" is no longer effective because there's no need for localization as long as content is fun to enjoy. "Cultures are naturally mixing with one another, just like a river flowing into another."

Rapper Psy's 2012 global hit "Gangnam Style" revealed the potential of Hallyu content. The electronic dance song with witty choreography engulfed dance clubs and sent people doing the singer's hilarious "horse dance" in the streets. Some American and European critics defined Psy's hook song as the next-generation Macarena, a remake of a Spanish song that became a global hit in 1995.

"I was skeptical at first when Gangnam Style was recognized globally but I came to realize that Hallyu has become a global trend. It eventually was the detonator for the success of Parasite and BTS. Now, Hallyu is no longer tagged as Korean content, but it has become a genre consumed by ordinary people."

Ironically, Korean content becoming an ordinary media content category in the global market means that it will no longer yield advantages of being exotic due to changes in the rule of the game in the media content industry. Chung said that only media content that are fun will succeed regardless of their cultural backgrounds as media content that used to be distributed through television channels is accessible anywhere in the world through OTT services such as Netflix and Disney+.

"People will no longer categorize content into homemade ones and foreign ones. They will only recognize them as content, or by their creators," Chung said.  However, she warned that South Korean content creators must consider ways to survive in the global market in long term. The content distribution expert said that now, it's time for the creators to strengthen their copyright policies to protect their works.

While Hallyu content is mainly distributed through OTT services, they are also the favorite of illegal video streaming services in Asian countries such as China and Vietnam. Squid Games garnered explosive popularity in China, even though Netflix is not officially serviced. For Chinese fans, illegal streaming services upload pirated versions of K-dramas with subtitles in different languages in just a few hours of official airing.

"Korean creators may not think very seriously about problems caused by the lack of intellectual property management systems. But in the long term, illegal video services will deal a serious blow to the industry," Chung said. Although it may sound like a textbook answer, she believes that the key to addressing pirated content is changing the way people recognize illegal video content.

For example, Viacom has tried many different methods, taking legal action against online pirates and persuading consumers of pirated content, but Chung thinks the best way is to make an easily accessible environment where consumers can enjoy content and creators manage copyrights.

"OTT services nowadays are available for about 10 dollars a month. It's much cheaper than paying for a cable TV service, and consumers gain access to tons of content. I think such online video platform services are changing the way people think about content," Chung said, adding that creators should think about profits that can be made using IP after content production. "It's not something that someone would just hand over to creators. They should diligently look for ways to make profit with their work."

As an important precondition for the long-term prosperity of a cultural content industry, Chung cites the establishment of an incubating environment where next-generation storytellers can be nurtured. "A famous producer will eventually wither away and the industry will come to a stop if there is no one left to continue the legacy. We cannot rely on director Bong Jun-ho forever."

More importantly, creators should hone their skills to maintain the universality of their stories and continuously surf the waves of cultural trends to boost the momentum of Hallyu, Chung said, suggesting that the best stance is to understand differences in the culture of fans and accept them as they are.

In her autobiographical book titled "The Career Chronicle: Metamorphosis of an International Student to a VP," published in November 2021, Chung talks about how she has surfed roaring currents of cultures during 20 years of her career in the U.S. entertainment and media industry, from her experience and success to the journey of understanding cultures.

It is a log of her struggle to become a meaningful player in the world's largest market. "At first, I did not know that the culture is not something you can overcome or compare with one another. But it all made sense when I came to understand the way I should approach media content and the entertainment industry." She hopes the book will become something like a field manual for young people dreaming of working in the U.S. entertainment industry because there was no one who could advise her.