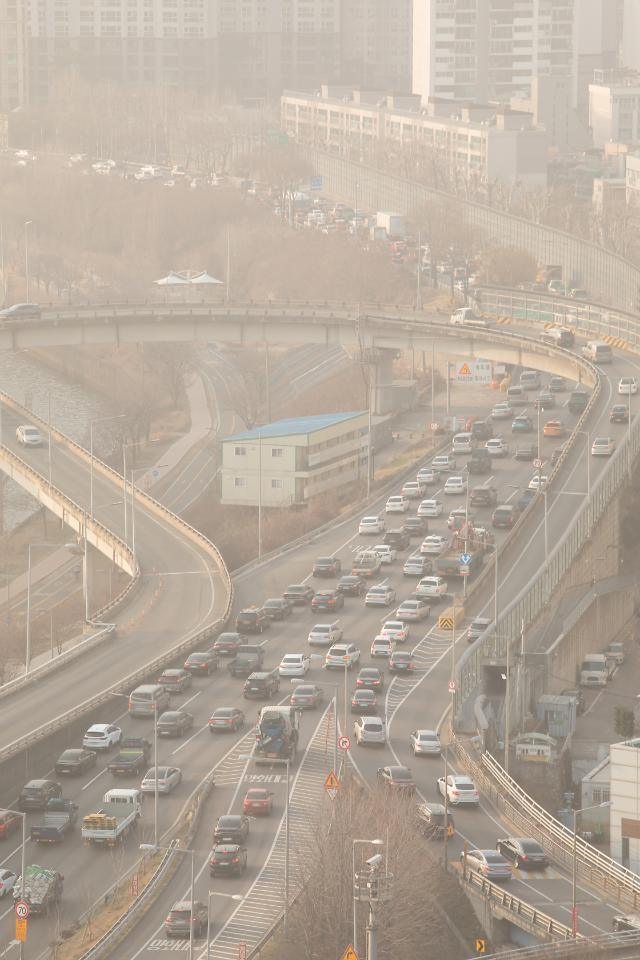 SEOUL -- Through a 500 million won ($423,000) provincial project, the southern industrial city of Gumi will analyze air quality including the density of particulate matter by installing air pollution sensors on public buses and bus stops. The city will set up new environmental policies based on data collected from smart pollution detectors.

Particulate matter is microscopic dust particles with various harmful substances including heavy metal and carbon composites. According to the World Health Organization (WHO), particulate matter is extremely carcinogenic. The mortality rate of ischemic heart diseases such as myocardial infarction can be increased by up to 80 percent. The dust particles can also generate other diseases by penetrating into a lung. Particulate matter, which is normally created through the combustion of carbon materials, takes about a week to be discharged from the body.

Gumi said in a statement on December 30 that four air pollution sensors will measure some 10 different types of air pollution including particulate matter in real-time. The demonstration will be carried out for two years through collaboration with the Gyeongbuk Provincial Government. Previously, air pollution detectors were unable to accurately analyze air quality because they were installed high above the ground. The southern industrial city said that the city government will use information and communication technology (ICT) to establish policies so that citizens can actually feel the improved air quality.

To measure air pollution, a public health research institute in Seoul began the operation of an electric truck-based mobile lab that carries a modulated lab compartment to analyze air quality. The institute will research solutions based on collected data from three crowded districts that showed high-density levels of particulate matter.