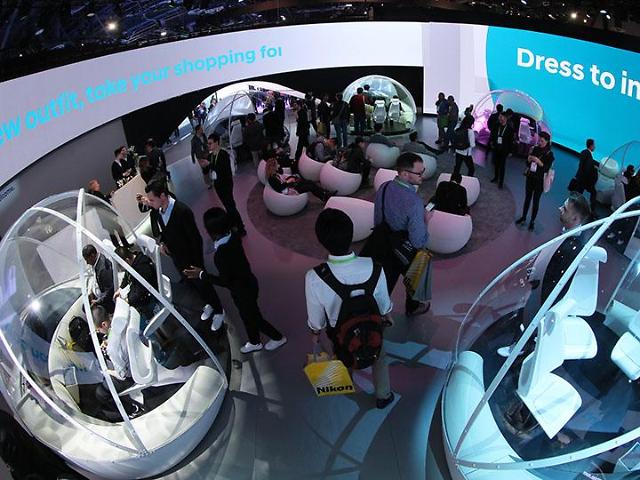 LAS VEGAS -- As the opening of this year's Consumer Electronics Show, the world's largest annual electronics exhibition, is just one day away, the on-site atmosphere of the exhibition in Las Vegas is heating up. More domestic and foreign corporate officials are gathering at the exhibition venue.

According to industry officials on January 3, companies participating in Consumer Electronics Show (CES 2022), scheduled to open on January 5, are accelerating the final preparation of booths at the Las Vegas Convention Center (LVCC).

While many different companies are busy preparing to showcase their innovative technologies to visitors, some companies are maintaining tight security by covering up their booths so that they are not visible from the outside.

"Each company is decorating their booth at a level similar to constructing a building," an unnamed domestic industry official said, adding that all officials are very busy making preparations.

CTA also suggested metaverse, extended reality (XR) technology and semiconductors as notable keywords. According to CTA, 84 percent of companies related to XR technologies predicted that the consumption rate of augmented reality (AR) and virtual reality (VR) contents will increase over the next two years.