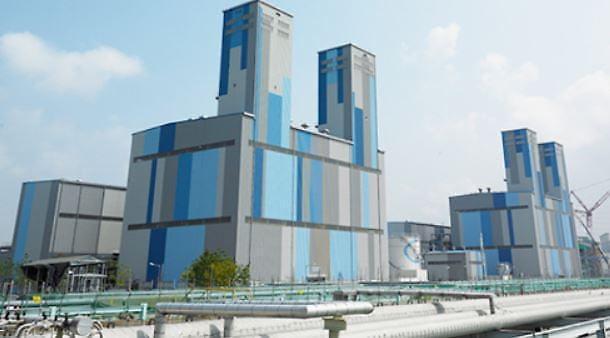 Neon is a raw material for excimer laser gas which is used in semiconductor photolithography, a process of engraving electronic circuits on silicon wafers using ultraviolet rays with short wavelengths.
An excimer laser is a form of ultraviolet laser that typically uses a combination of noble and reactive gases.

A ceremony to mark the completion of POSCO's neon production facility was held on January 12 in the southern industrial port city of Gwangyang. The steelmaker said it has worked with TEMC, a domestic semiconductor gas producer, to establish a neon production facility by utilizing POSCO's large air separation device for gas production. TEMC has refined the extracted Neon gas and produced the excimer laser gas.

"It is very meaningful to cooperate with TEMC, a domestic small and medium-sized company, to achieve the complete localization of neon, which was a long-cherished task in the industrial gas market," POSCO's industrial gas and hydrogen business head Yoo Byeong-Og said in a statement. He said that the localization of neon production would contribute to stabilizing South Korea's supply chain.

The new facility is cable of producing about 22,000 normal cubic meters of high purity neon every year, which is enough to cover 16 percent of domestic demand. Normal cubic meter (Nm3) is used to represent the amount of natural gas in the gas industry. TEMC has secured long-term purchase rights. POSCO, which nurtures the production of rare gases as a new growth engine, will work with domestic companies to localize facilities for other imported chemical compounds such as Xenon and Krypton.