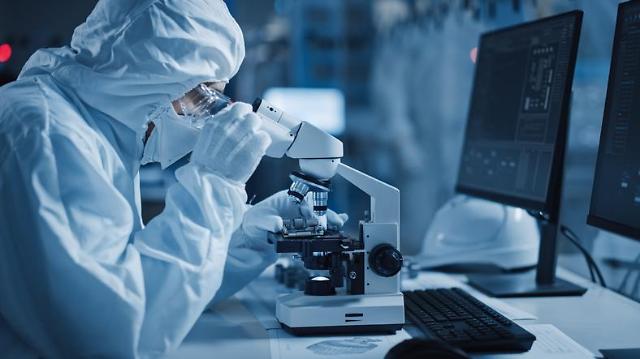 SEOUL -- Samsung Electronics researchers have achieved an innovative breakthrough in memory chip technologies by demonstrating the world's first in-memory computing based on a new non-volatile memory chip that enables data storage and computing together in a memory network. It is a new computing paradigm to realize next-generation low-power artificial intelligence chips.

In the standard computer architecture, data is stored in memory chips with data computing executed in separate processor chips. In-memory computing can realize next-generation low-power AI semiconductor chips because data storage and computing are possible in a memory network, leading to a substantial reduction in power consumption.

Samsung's MRAM array chip demonstrated in-memory computing with a new "resistance sum" architecture that solved the problem of low resistance. In a performance test on AI computing, the chip achieved an accuracy of 98 percent in the classification of hand-written digits and 93 percent in detecting faces from scenes.

Samsung said that the study expanded the frontier of next-generation low-power AI chip technologies. "In-memory computing draws similarity to the brain in the sense that in the brain, computing also occurs within the network of biological memories, or synapses, the points where neurons touch one another," Jung Seung-chul, a staff researcher at Samsung Advanced Institute of Technology (SAIT), said in a statement on January 13.