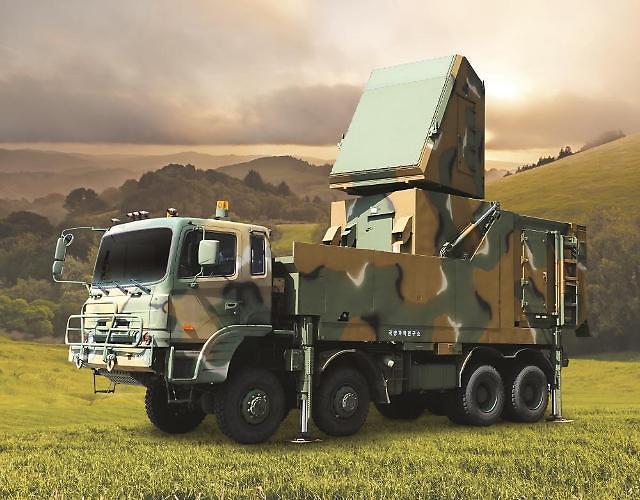 
SEOUL -- Through a major defense contract with the United Arab Emirates, Hanwha Systems showed confidence over the performance superiority of its multifunction radar system installed in South Korea's Cheongung homemade medium-range guided interceptor capable of blocking both ballistic missiles and aircraft and vowed to push for exports to other countries in the Middle East and Southeast.

Together with LIG Nex1, Hanwha Systems is a key contractor in a deal worth $3.5 billion South Korean signed with the United Arab Emirates in Dubai on January 17 to sell the improved version of Cheongung, which is the mid-tier interceptor in a three-tier aerial and missile defense system called "Korean Air and Missile Defense (KAMD)." It marked South Kora's largest single arms contract.

Cheongung with hit-to-kill technology is a surface-to-air missile (SAM) system developed with technical support from Russia's Almaz Antey to replace U.S.-made Hawk batteries which had been in service since 1964. Almaz Antey has created a Russian version called the S-350 Vityaz missile system.  The initial version that can intercept targets up to an altitude of 15 km at a range of 40 km has been compared to American Patriot systems. A complete battery consists of up to six transporter erector launchers with one launcher carrying eight missiles, a multi-function phased array 3D radar, and a fire command vehicle.

The Cheongung block-2 system (Cheongung-II) based on Russia's S-400 technology features the function of intercepting ballistic missiles at an altitude of about 20 km. Under a $1.1 billion contract, Hanwha Systems, a defense contractor affiliated with South Korea's Hanwha Group, said it would provide a phased array multifunction radar (MFR) for Cheonggung-II by improving its function to meet UAE's requirements.

The Cheongung-II MFR can carry out combined tasks with a single radar such as detection tracking, identification, jammer response, and guided-missile capture and tracking communication, Hanwha Systems said, adding it would try to sell the improved model in the Middle East and Southeast Asian markets.