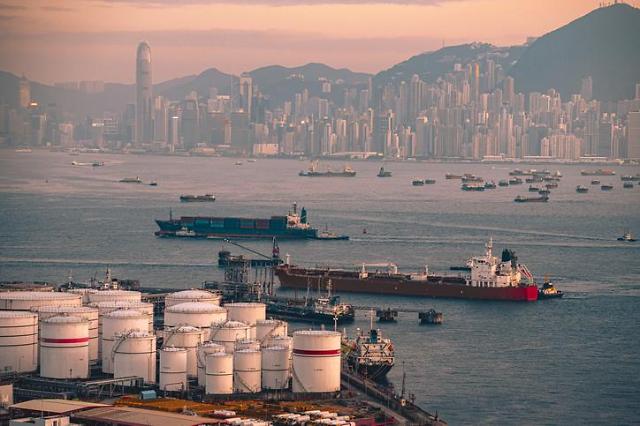 SEOUL -- A South Korean project to produce a commercially viable liquefied hydrogen fuel tank for ships appeared to have made quick progress after a prototype won preliminary approval from a domestic maritime classification society, based on design innovation and new cryogenic materials. Developers aim to transfer related technologies to shipbuilders by 2025.

Amid growing demands for eco-friendly ships to cope with global economic recovery and environmental regulations, South Korea has accelerated the development of hydrogen-powered ships. A joint project led by the state-funded Korea Research Institute of Ships and Ocean Engineering (KRISO) was launched in September 2021 to develop a maritime liquefied hydrogen fuel tank. The project aims to test-produce a fuel tank for small ships before embarking on the development of tanks for large vessels.

The prototype of a 400kg-class tank secured approval in principle (AIP) on January 12 from Korean Register (KR), which evaluates data derived from a test voyage. The AIP service is intended to assist the developers of conceptual and innovative shipbuilding solutions in the expert assessment of technical documentation at the initial design stage.

For the design of a prototype, a special process has been applied to prevent ruptures at ultra-low temperatures, the research body said in an earlier announcement, adding that the inside of the tank can maintain minus 253 degrees Celsius even for long-distance operations for more than a month. A special splashboard was installed to prevent poor performance stemming from changes in the level of liquefied hydrogen and rough sailing.

POSCO is also involved in a separate project with the state-run Korea Institute of Machinery and Materials (KIMM), Daewoo Shipbuilding & Marine Engineering (DSME), and Korea Gas Safety Corp. (KGS) to develop a liquid hydrogen storage tank using high manganese steel, which is an alternative material for cryogenic services because it is easier to weld and has lower manufacturing costs than stainless steel.

In an effort to introduce eco-friendly vessels, South Korean shipbuilders have tried to adopt fuel cell technology. In September 2021, the Hyundai shipbuilding group tied up with AVL, an Austrian engineering company that provides solutions and methodologies to shape future mobility trends, to develop hydrogen fuel cells for ships by 2025.