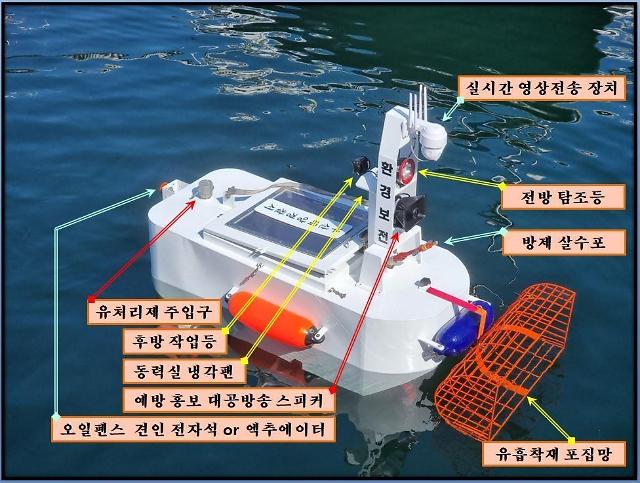 SEOUL -- An unmanned cleaner robot that can be remotely controlled from long range was developed by Busan Coast Guard. The robot can be deployed to dangerous situations with high risks of ship explosions or fire. The unmanned vessel is capable of containing oil spills in shallow waters and transmitting real-time videos.

Busan Coast Guard said in a statement on January 24 that the unmanned vessel was deployed to the southern port city of Busan to carry out various missions such as collecting oil adsorbents and installing oil fences. The vessel is being operated in dangerous areas where regular ships cannot access.

"Hopefully, we can carry out missions more safely and create a smart working environment using the unmanned cleaning robot vessel," an unnamed Coast Guard official was quoted as saying. Prior to its operation, the vessel was demonstrated in actual pollution accidents and removed pollutants without any problems.