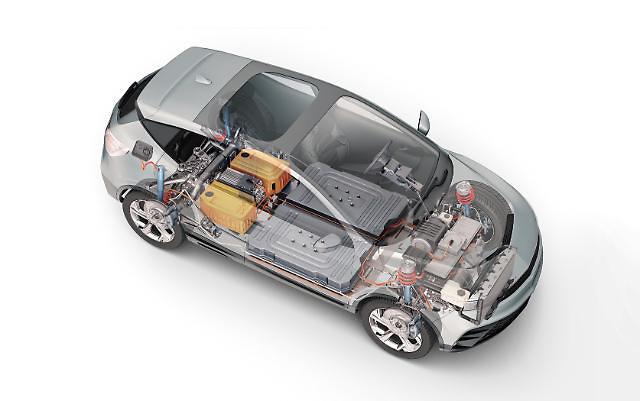 SEOUL -- Through a joint venture with General Motors, LG Energy Solution, the battery-making wing of South Korea's LG Group, will build a third battery plant in Michigan targeting the North American electric vehicle (EV) market. Through the construction of the new factory, the world's top electric vehicle battery maker will seek to solidify its position in the North American EV market that stood at $396.9 billion in 2021.

LGES and GM's joint venture called Ultium Cells is currently building two battery plants in the United States. Ultium Cells has unique technology to vertically or horizontally stack batteries to fit the shape of an electric vehicle. By 2025, Ultium Cells will secure an annual production capacity of more than 120 gigawatts-hours.

The South Korean battery maker is currently beefing up its EV battery manufacturing capabilities to meet growing market demands. LGES partnered with Stellantis N.V., an automotive manufacturing company headquartered in Amsterdam in October 2021, to form a joint venture to produce a battery plant with an annual capacity of 40 gigawatt-hours in North America. The construction is scheduled to be completed in the first quarter of 2024.

LGES said in a statement on January 26 that the company will invest an additional $2.6 billion into Ultium Cells to build the third battery plant in Lansing, Michigan. The construction of about 2.8 million-square-foot facility is scheduled for completion in late 2024. According to Ultium Cells, the annual production capacity of the facility will be about 50 gigawatt-hours which can cover about 700,000 high-performance EVs with a travel distance of more than 500 kilometers (311 miles) per charge.

"With a shared vision, GM and LGES pioneered the electric vehicle (EV) sector by seizing new opportunities in the market well before anyone else did," Kwon Young-Soo, CEO of LGES said, adding that Ultium Cells' third battery plant will later become a gateway that charges millions of EVs. GM also said the company will invest more than $7 billion in four manufacturing sites in Michigan including the third Ultium Cells battery plant.

LGES attracted some 114.1 trillion won ($95.8 billion) in funds by placing orders for initial public offering (IPO). The number of retail investors participating in the public subscription reached 4.4 million. Seven brokerage firms including KB Securities applied for public offering shares for the subscription. LGES was listed on the stock exchange on January 27.

According to an LGES official, who spoke on condition of anonymity, China-based battery manufacturer Contemporary Amperex Technology (CATL) currently has a larger market share than LGES but the South Korean battery maker will be able to overtake CATL in the future by targeting the global market. Data released by market research firm SNE Research showed that CATL ranked first with a market share of 31.8 percent in the global EV battery market in 2021 while LGES ranked second with 20.5 percent.