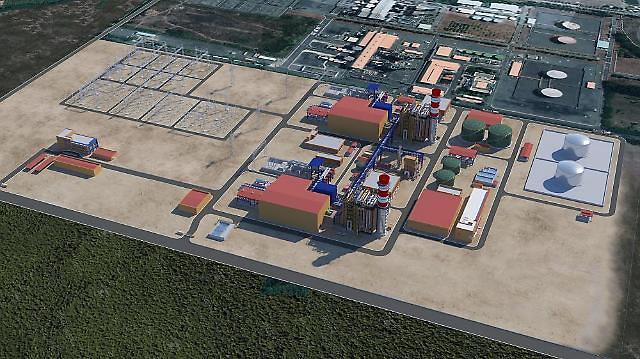 
SEOUL -- A consortium led by Samsung C&T, a Samsung Group unit involved in trade, investment and construction, has secured an $835 million deal to build two combined cycle power plants with a total generation capacity of 1,600 megawatts at an industrial park in Vietnam. Samsung C&T's share is worth $510 million.

The consortium involving Samsung C&T and Lilama, a construction company in Vietnam, has been selected by Petrovietnam Power, the subsidiary of ViePetrovietnam, a state-run energy company, for a project to build Nhon Trach 3 and 4 combined cycle power plants in the Ong Keo industrial park in Dong Nai.

A combined cycle power plant is an assembly of heat engines that work in tandem from the same source of heat, converting it into mechanical energy. Samsung C&T will build gas turbines, steam turbines, heat recovery boilers, substations, and power transmission lines.  Each plant will use liquefied natural gas, and the first one is to start commercial operation in the fourth quarter of 2023.

Samsung C&T said it would seek to find more opportunities for its participation in LNG-to-power projects in Vietnam where electricity demand is rising due to rapid economic growth. "Based on this order, we will further expand our participation in combined cycle power plants and projects linked to LNG terminals in Vietnam," an unnamed Samsung C&T official was quoted as saying.

Vietnam's long-term energy road map calls for the reduced use of fossil fuels. However, power generation capacity using domestic natural gas and the conversion of coal-fired plants to LNG will be kept unchanged at 14.78 GW by 2030.

Vietnam has actively attracted energy companies into the buildup of energy infrastructure. In 2019, a consortium led by Samsung C&T secured a contract to build Vietnam's first LNG terminal at the southern port of Thi Vai.