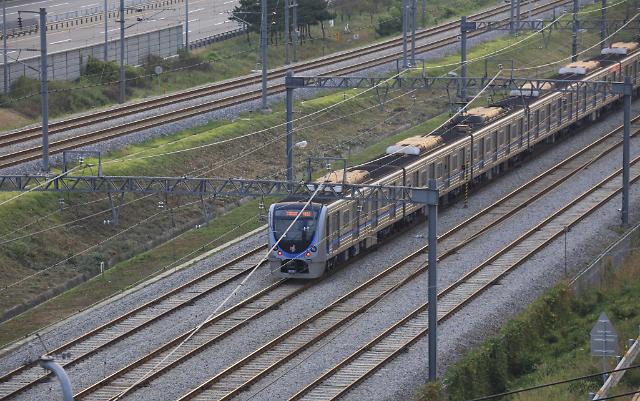 SEOUL -- The annual number of passengers using subway trains in Seoul has decreased by about 27 percent due to the nationwide social distancing campaign that prompted people to work remotely at home. Seoul's two largest office business districts -- the southern finance district of Gangnam and the central office district of Jongno -- showed the sharpest decline in the number of daily commuters.

A survey of 897 workers conducted by education company Hunet in 2021 showed that 78.3 percent of workers have worked remotely from home. On a scale of 1 to 5, the average satisfaction level was 4. Half of the respondents answered that remote working is efficient and similar to working in the office.

According to a report released by pollster Gallup Korea in 2021, about 81 percent of employees aged 25 to 34 wished to increase remote working hours in the future. However, the satisfaction rate was about 25 percent lower in those aged 35 to 44. Gallup Korea assumed that younger generations are more familiar with non-face-to-face work environments using mobile and online platforms.