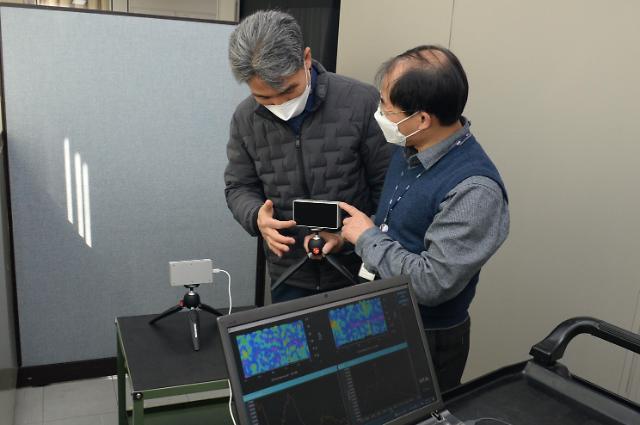 
SEOUL -- South Korean researchers have developed a radar sensor-based life detection system that can help firefighters and rescuers find biological signals such as breathing and heartbeats at fire and disaster sites full of smoke or dust by overcoming visual limitations. The system can be made in the form of helmets or portable devices to support rapid and safe lifesaving.

The system is now about 15cm x 20cm in size, and the Electronics and Telecommunications Research Institute (ETRI) said that developers would try and miniaturize a prototype through demonstration tests.

Disaster sites limit the vision of firefighters due to darkness, smoke dust and their unknown structure that hamper efficient lifesaving operations. Researchers used the transmission performance of radio waves to grasp the situation behind obstacles at disaster sites and the existence of victims.

"The goal is to rescue lives within Golden Time in a disaster environment and help safe rescue activities by firefighters," Koo Bon-tae, a senior ETRI researcher at ETRI, said in a statement on February 3. "We will make efforts to quickly apply this technology to disaster sites so that it can contribute to the national disaster and safety management system."

The other one is based on frequency modulated continuous wave (FMCW) radar sensor technology. People who fall behind the wall or are buried in collapsed debris and breathe without movement can be detected.

Radar systems measure the time of flight from when a transmitted signal leaves the radar, hits a reflecting target and returns to the radar. The frequency of the transmitted signal is continuously varied at a known rate over a defined time period while the reflected frequency signal is compared. The difference between transmitted and reflected signals is directly proportional to the time of flight, which in turn is proportional to the range.