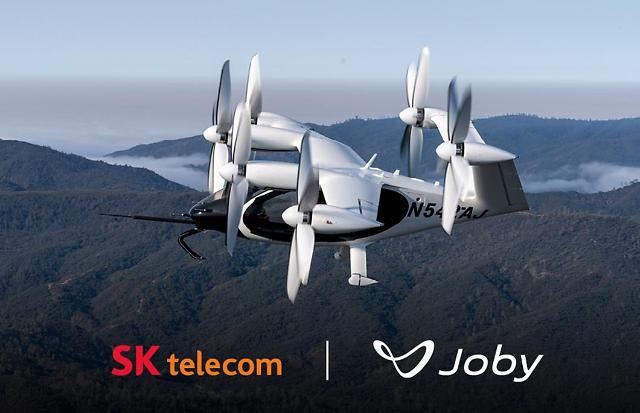 
SEOUL -- SK Telecom, a leading mobile carrier in South Korea, tied up with Joby Aviation, a Californian venture-backed aerospace company that develops an electric vertical takeoff and landing aircraft (eVTOL), to cooperate in urban air mobility (UAM), which is an ecosystem covering personal air vehicles and infrastructure such as a new navigation system, take-off and landing fields and charging technologies.

South Korea has formed UAM Team Korea, a public-private consultative body, to commercialize manned drone taxis in 2025, remote-controlled vehicles in 2030 and a fully autonomous service in 2035. As a member of UAM Team Korea, SK Telecom (SKT) is developing a mobile communication network for air taxis.

Under a strategic collaboration agreement,m Joby's experience in demonstrating eVTOL will be incorporated into SKT's information and communication technology infrastructure. Joby's eVTOL with a maximum range of 241 kilometers (150 miles) on a single charge can transport a pilot and four passengers at speeds of up to 321 km per hour.

The two companies would cooperate in all fields, including aircraft and mobility as a service, to introduce emissions-free aerial ridesharing services to cities and communities across South Korea. "By joining forces with Joby, a global leader in this field, we expect to accelerate our journey towards the era of Urban Air Mobility and lead the way on introducing this exciting new technology," SKT CEO Ryu Young-sang said in a joint statement on February 7.

The partnership reflects Joby’s strategy to partner with local companies committed to delivering exceptional customer service and operational excellence to launch its service in select markets outside the United States. "With more than 42 million people living in urban areas, South Korea offers a remarkable opportunity for Joby to make air travel a part of daily life, helping people to save time while reducing their carbon footprint," said Joby CEO JoeBen Bevirt.

By leveraging its expertise in telecommunications, autonomous driving, precise positioning, and security, SKT aims to evolve into a "connected intelligence" leader that intelligently connects physical elements such as UAM aircraft, vertiports and ground transportation.