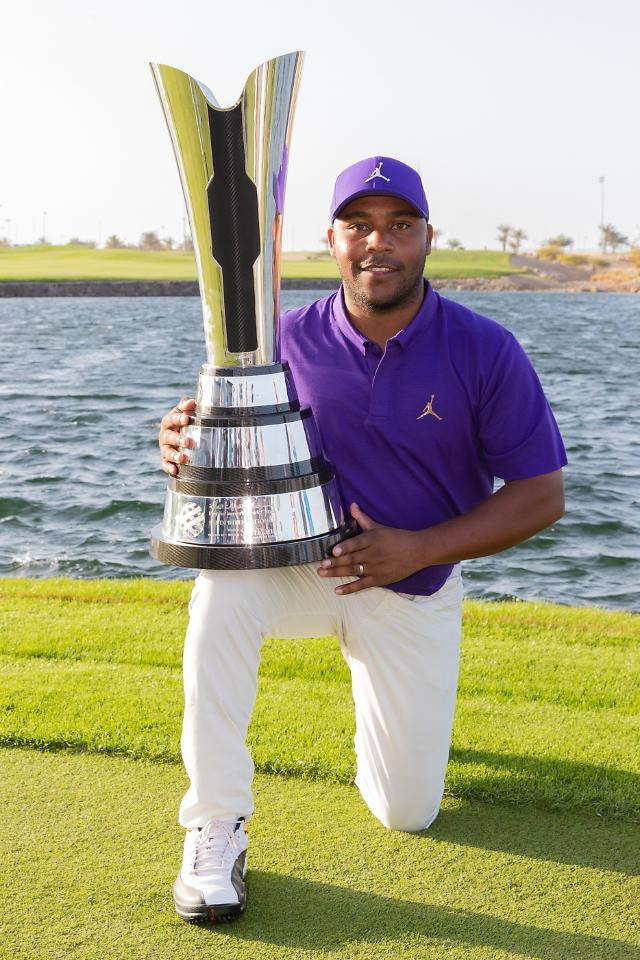 Varner III needed only a birdie four on the 18th hole of the tournament to take two-time Masters champion Bubba Watson to a playoff on the final day of the $5 million purse tournament. However, the 31-year-old dropped a 92-foot eagle putt into the cup to become the champion of the Asian Tour's season-opening event.

"I'm just trying to take it in," said Varner III during his post-match press conference. "Winning just never gets old. I just know that there’s been times where it just didn’t go my way and today it did. I’m super thrilled not just for myself, but everyone that’s either on my team or in my corner."

Varner III's winning stroke strolled across the undulating green on the 18th to pick up just enough speed to pass beyond the plateau and drop into the cup. "It was awesome," said Varner III, looking back at the momentous putt. "Obviously that it went in kind of helped!"

"I just never doubted myself. I think that's what the greats do. I would think a couple of years ago I would have had a hard time taking that in and being like I have to do this. No, just play golf, do your job. That's what I'm supposed to do."

Watson was one of the first to congratulate Varner III, running from the scorer’s tent to the green to embrace his friend. "He’s a dear friend of mine," said Watson. "It's a guy I truly love. It's a guy that I want to help. He's new – when I say new, we know Harold, but it was five years until I won my first. So this is a guy that's just starting to play better and better each year. We see his name a little bit more. He's getting comfortable."