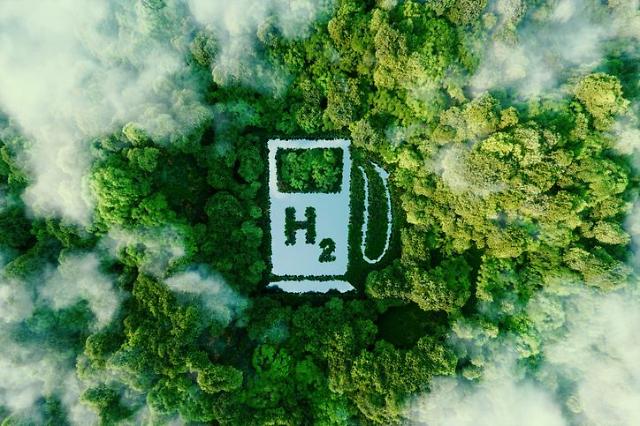 SEOUL -- A government-initiated task force was launched in South Korea to test the safety of mingling hydrogen with natural gas through a nationwide network of city gas pipes. The goal is to reduce greenhouse gas emissions by blending 20 percent of hydrogen into city gas by 2026.

A pilot facility will be built in a base run by Korea Gas Corporation (KOGAS) in Pyeongtaek, about 60 kilometers (37 miles) south of Seoul, in the second quarter of 2022. From 2024, the demonstration will be promoted in the actual urban gas piping network in limited areas.

The Ministry of Trade, Industry and Energy formed a task force with three gas-related public enterprises and the state-run Korea Institute of Energy Technology Evaluation and Planning (KETEP). "It is very meaningful that hydrogen can become a major energy source for home and industrial facilities as well as transportation fuels," Second Vice Minister Park Ki-Young said in a ceremony on February 8.

Park touted the mixture of city gas and hydrogen as a "realistic" way to reduce greenhouse gas emissions and expand the supply of hydrogen. However, he called for the thorough verification of safety, saying the city gas piping network connected to more than 20 million facilities is directly related to public safety.

The project is aimed at helping people gain easy access to hydrogen through a nationwide city gas network stretching about 50,000 kilometers (31,068 miles) before a hydrogen-only piping network is established. When 10 volume percent (vol%) of hydrogen is mixed with city gas, South Korea will be able to reduce  3.55 million tons of carbon dioxide and natural gas consumption by 1.29 million tons per year, the ministry said. South Korea's annual natural gas consumption was estimated at 40 million tons.

Blending hydrogen into a natural gas pipeline network can accommodate significant volumes of hydrogen. Due to the properties of hydrogen, it is not possible to simply exchange natural gas for hydrogen in the existing natural gas system. Some metal pipes can degrade when they are exposed to hydrogen over long periods. The ministry emphasized the importance of perfect verification to address concerns about embrittlement and leakage.