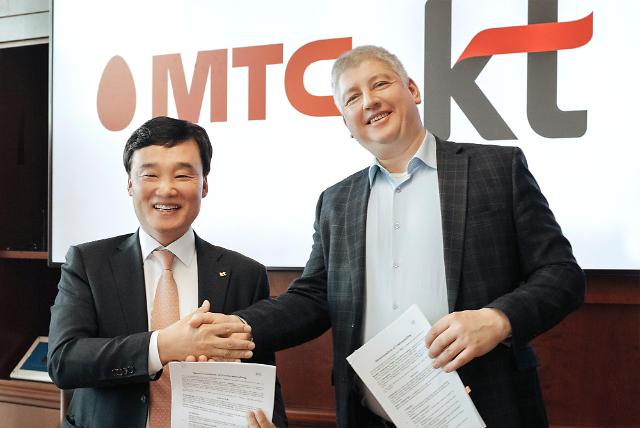 Under a memorandum of understanding, KT will support the establishment and operation of data centers in Russia by utilizing its know-how. Many servers, routers and switches are managed autonomously at internet data centers. The South Korean company will help MTS upgrade its AI video security solution, promote IP co-production between KT's media subsidiaries and an over-the-top platform run by MTS.

Through cooperation in the AI smart speaker sector, MTS can grow as a platform operator. "We look forward to expanding the media market through cooperation in MTS' computer vision and video analysis capabilities and content exchanges between the two companies," MTS CEO Vyacheslav Nikolaev was quoted as saying.

In 2021, KT adopted an AI-based data management solution to effectively manage internet data centers and reduce electricity consumption and greenhouse gas emissions. Because servers and computers generate a lot of heat, data centers use electricity to control the air temperature and humidity inside the building. If a data center fails to keep its machines cool, servers will break down.