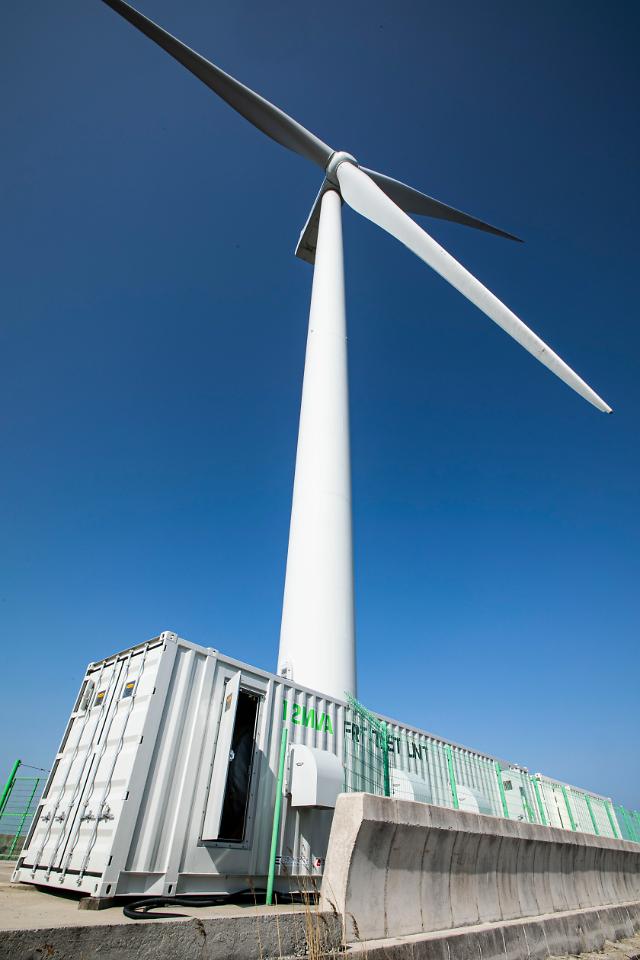 [Corutesy of the Korea Institute of Energy Research ]

The fault ride through capability of wind turbines is becoming more important with the rapid growth of wind power installed capacity. Low and high voltage ride-through capacities should be enhanced to prevent disconnection. The Korea Institute of Energy Research (KIER) said its research team led by Kim Byung-ki has developed a system that can test low and high voltage ride through of a 12 megavolt-ampere (MVA) wind power generator.

A volt-ampere is the unit used for the apparent power in an electrical circuit. The world's largest capacity is 10MVA held by DNV, an international classification society headquartered in Norway. "We will test big wind power generators necessary for the construction of a large-scale wind power complex with developed equipment and test evaluation technology," Kim said in a statement on February 9.

Large and high-speed blades for huge wind turbines are important for the efficient utilization of wind energy. In December 2021, the state-run Korea Institute of Materials Science achieved an important turning point for the commercial production of a giant wind power blade stretching 100 meters or longer. The institute would seek to acquire domestic and international certification after completing fatigue load and other tests.