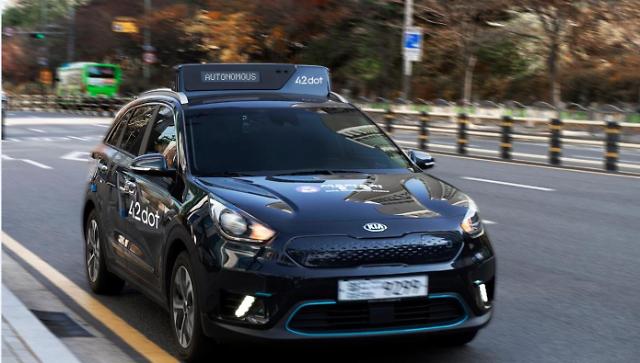 
SEOUL -- South Korea's capital city will launch a commercialized autonomous vehicle-hailing service. A total of four self-driving vehicles will be deployed to cover two different routes of 5.3 kilometers (3.2 miles) and four kilometers. Self-driving cars can be hailed from any location on the circulation routes using a designated smartphone app.

Seoul said in a statement that the self-driving shuttle service will be launched on February 10 in a western district. A fare of 2,000 won ($1.67) will be charged each time a passenger uses the service. Three electric SUVs and one minivan will be operated. Customers can track autonomous cars' locations using the TAP! app in real-time. To promote the service, passengers can catch their first ride for free.

Starting with four vehicles, up to 12 autonomous shuttles including large-sized buses will be mobilized by the end of 2020. "We will provide full support so that Seoul can become a pioneering city in the fields of commercial autonomous vehicle operation services," Baek Ho, a Seoul city official in charge of urban transport, was quoted as saying.

South Korea with a web of 4G and 5G mobile data networks has designated areas to test commercial services involving self-driving cars. Self-driving shuttle services have been offered free for many years but thanks to an ordinance that took effect in July 2021, autonomous shuttle operators are allowed to receive fares from passengers.