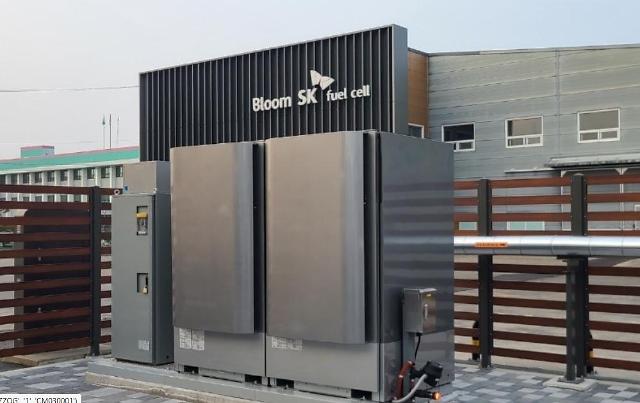 SEOUL -- As part of a strategy to grow beyond its conventional construction business into eco-friendly markets, SK ecoplant, a builder affiliated with South Korea's conglomerate SK Group, has embarked on the production of green hydrogen based on solid oxide electrolyzer cell technology at a joint venture plant with Bloom Energy, an American public company.

The American company produces power generators and solid oxide fuel cells (SOFCs), which are an electrochemical conversion device that produces electricity directly from oxidizing a fuel. Due to their extremely high electrical efficiencies and low operating costs, SOFCs are emerging as a fast-growing fuel cell segment from use as auxiliary power units in vehicles to stationary power generation.

SOEC's operating temperatures are similar to those conditions for SOFC, which uses common gas such as hydrogen as the main source of fuel and is considered to be the most stable and power-efficient among its fuel cell brothers. Because SOFC has a high power output compared to its size, the fuel cell system is ideal for powering mega-sized heavy equipment such as oil tankers and giant tunnel boring machines.