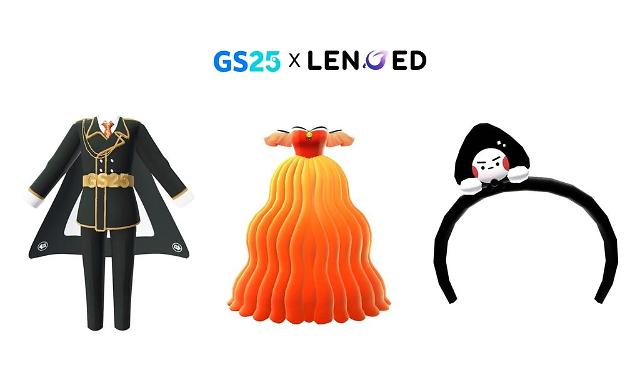 Metaverse is a virtual world where users can engage in social and cultural activities using their personalized characters called "avatars." The virtual world can be accessed using a smartphone, PC, or a virtual reality (VR) headset. Lenge with some 581,400 followers produced more than 1,000 types of costumes on Zepeto and sold more than one million fashion items on the platform.

In collaboration with Lenge from February 18, GS Retail, the operator of GS25, will release five types of fashion items including dresses, headbands and suits through its virtual item shop on Zepeto.

Metaverse platforms have been adopted in entertainment, game and other sectors in South Korea. Nexon GT, a game publisher, has allowed users to purchase in-game characters based on real-life celebrities such as IU and Seolhyun in its first-person shooter game called "Sudden Attack."

According to global market research firm Emergen Research, the global metaverse market will grow from $47.7 billion in 2020 to $828.95 billion in 2028.