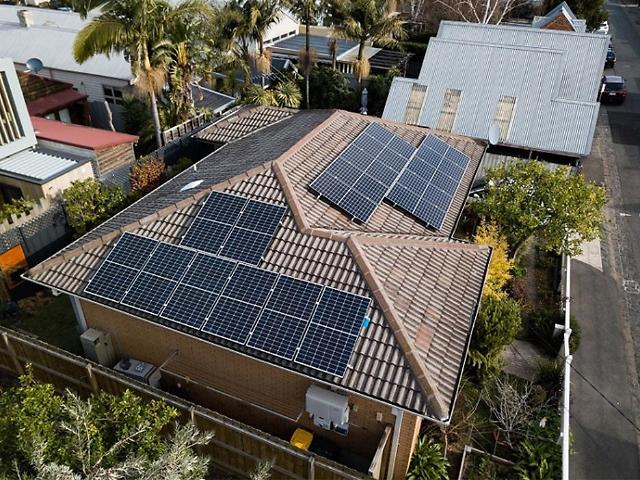 SEOUL -- Hanwha Q Cells, a major manufacturer of photovoltaic solar cells in South Korea, will provide solar modules and its integrated energy storage solution for a pilot project in Australia to establish a virtual power plant that harnesses scattered renewable energy power generation to a network for maximum efficiency.

A virtual power plant (VPP) is an energy platform that uses new technologies such as artificial intelligence, cloud computing, internet of things, and renewable energy generation. It can reduce the load on existing electricity grids during peak load times. The generated electricity can be traded.

Hanwha Q Cells said its storage solution called "Q.HOME CORE" would be released in March through a VPP pilot project in Victoria, a state in southeast Australia. Q.HOME CORE, which integrates an inverter, an energy storage system, and an energy monitoring service, is designed to specifically meet the storage needs of homeowners. The solution would be introduced in Europe within the first half of the year.

Australia is one of the leading countries in building VPPs. Hanwha Q Cells aims to play a leading role in Australia's VPP market and secure a foothold for VPP projects in the United States and other countries. "As the VPP market is expected to grow rapidly around the world, we will actively carry out VPP projects in various countries," an unnamed Hanwha Q Cells official said in a statement on February 21.