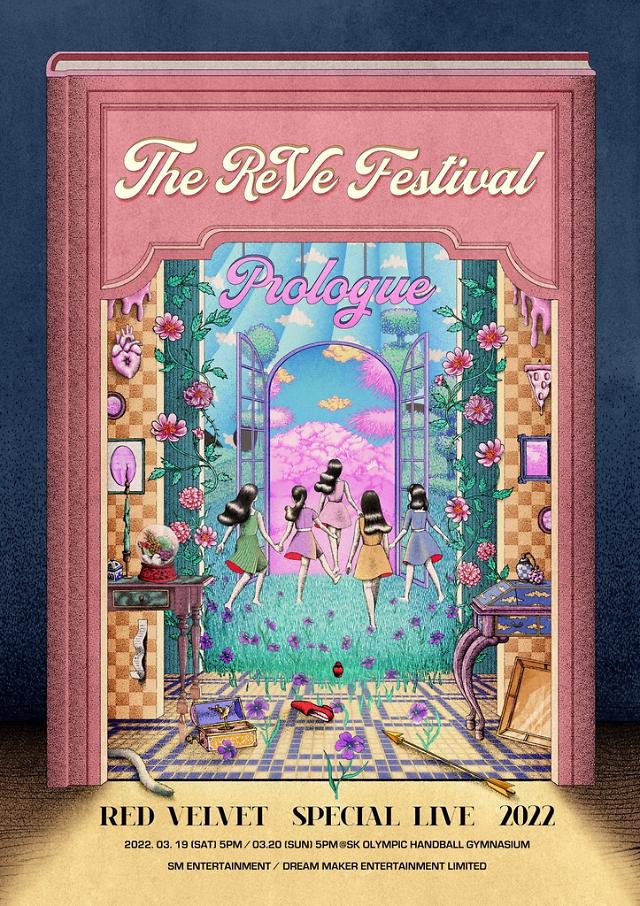 SEOUL -- Girl band Red Velvet will host its first offline Seoul concert in 27 months despite an endless pandemic that left about 100,000 people infected with COVID-19 every day in February. The five-member band will perform for two days from March 9 and interact with fans through online live streaming.

"2022 The ReVe Festival : Prologue" will be held offline and online on March 9 and 10, the band's agency said in a statement. The event will take place at the SK Olympic Handball Gymnasium in southeastern Seoul. The band's performance will be broadcast live online through a digital concert live-streaming platform called "Beyond LIVE."

Some millennials and Gen Z think banning the concert has no meaning. "If there are about 100 confirmed cases, we will have to be careful not to spread the pandemic. But I think it is meaningless to ban the concert since nearly 100,000 people are infected every day," Kim Na-hyun, a 26-year-old Yonsei University MBA graduate, told Aju Business Daily on February 21.

"The band is too popular to get its concert banned just because of COVID-19," said Lee Keon-hwi, a 26-year-old CHA University graduate. Red Velvet, which debuted in 2014, has released hit songs such as "Red Flavor" and "Bad Boy." Group members won applause from North Korean leader Kim Jong-un for their appearance at a music concert by South Korean artists in Pyongyang in 2018 ahead of an inter-Korean summit.