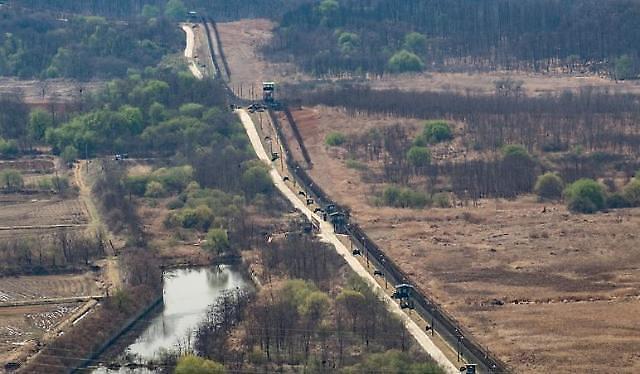 At a high-level defense technology committee on February 22, defense and science ministry officials agreed to cooperate in upgrading the military's surveillance system using AI technologies. The defense ministry will reinforce a guard system with radar and sound sensors in a frontline infantry division and gradually expand it to all guard outposts.

The science ministry will help upgrade the guard system by developing additional technologies including light detection and ranging (LiDAR) sensors that use laser beams to measure the distance between the sensor and its target object. AI-based guard information analysis will be conducted.

Soldiers are on the guard for 24 hours along the demilitarized zone (DMZ). A security loophole was reported when South Korea border guards failed to detect a civilian defector who crossed the inter-Korean border on the first day of 2022. A soldier claimed on Facebook that his unit failed to observe the defector despite a 40-second long sensor alarm. Although his battle buddy reported the situation saying that the object was presumed to be a human, his superior covered it up as an alarm malfunction.

DMZ is a four-kilometer-wide strip of land that has divided the peninsula since an armistice accord ended the three-year conflict in 1953. Iron fences stretch about 250 km (160 miles) from the east to the west. Armed clashes and shooting have raised cross-border tensions sporadically between South and North Korean troops manning entrenched concrete guard posts inside the zone.