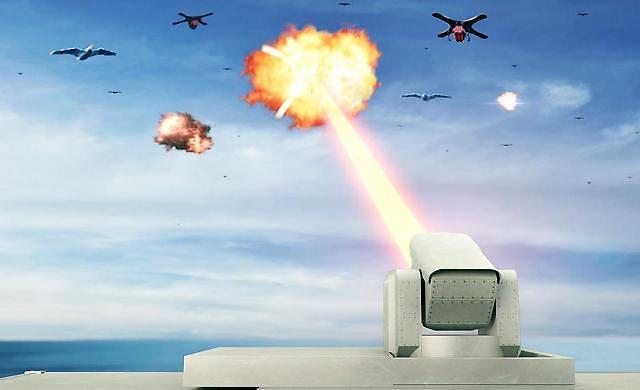 SEOUL -- The development of anti-aircraft laser weapons under development in South Korea drew attention following unconfirmed news reports that the early-stage evaluation of a prototype was conducted behind closed at a site where missiles and other strategic weapons have been tested for decades.

There were multiple news reports that a laser weapon was showcased on February 23 at a test site in Anheung, some 200 kilometers southwest of Seoul, along with L-SAM, a missile defense system that intercepts missiles at an altitude of 50 to 60 kilometers, and LAMD, the Korean version of Iron Dome, an air defense system designed to intercept and destroy short-range rockets and shells fired by North Korea's long-range artillery.

There was no official confirmation or publicity on the latest series of tests led by the Agency for Defense Development (ADD), a state defense technology development body, which has pushed for the development of laser weapons in three stages.

The Block-1 project is aimed at developing a laser weapon using light sources generated from optical fibers for short-range air defense by 2024. ADD has developed an optical fiber laser generation technology through wavelength control beam coupling that minimizes the distribution of multiple laser lights with different wavelengths through refraction and combines them into one beam.

Block-1 is a fixed system with an output of 20 kilowatts that can intercept quadrotor drones or fixed-wing unmanned aircraft within three kilometers. Block-2 is a movable laser weapon with an output of 30 kilowatts that will be developed before 2030. Afterward, Block-3 with a 100-kilowatt output and a 20 km range will be developed to intercept missiles or for use by warships and military aircraft.

A laser emits light through a process of optical amplification based on the stimulated emission of electromagnetic radiation. An oscillator generates a coherent signal through resonant oscillation without an input signal. Laser oscillators are a key technology that determines the performance of laser weapons.

Hanwha Groups units are involved in the development of laser weapons including an oscillator, high-power laser light sources and sensor systems. ADD will continue to improve the laser weapon's capabilities to intercept fighter jets and even satellites in the future.

South Korea's long-term goal is to develop technologies to track and identify space objects and satellites with lasers. Anti-satellite weapons are designed to incapacitate or destroy satellites. The role of anti-satellite weapons includes defensive measures against space-based, nuclear or intercontinental ballistic missiles and nuclear weapons.

In November 2020, Hanwha Systems was selected to lead a five-year state project involving state research bodies and academic institutions to develop a laser tracking system that can accurately track space objects, as well as advanced adaptive optics technology used to improve the performance of astronomical telescopes.

As hundreds of satellites and space objects pass over the Korean Peninsula every day, there have been growing calls for the development of an independent system for space warfare, starting with the development of satellite tracking technologies. Anti-satellite weapons are designed to incapacitate or destroy satellites. The United States and several nations possess operational space weapons, demonstrating their capabilities to shoot down satellites.