Hanwha Group to exapnd Australian footprint based on defense cooperation 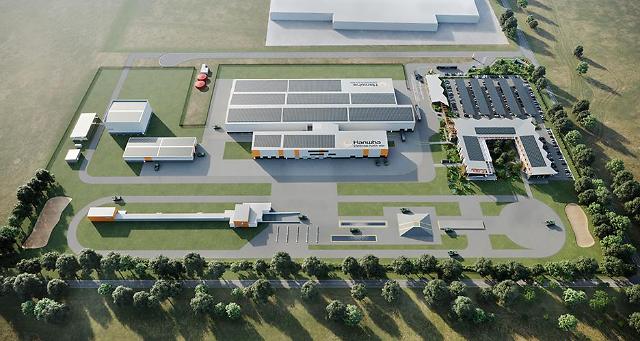 SEOUL -- South Korea's Hanwha Group has expressed strong interest in investment and business opportunities in Australia from construction and aerospace to urban air mobility following a $785 million defense contract to locally produce K9 self-propelled howitzers and ammunition resupply vehicles at a manufacturing base to be built in Victoria.

The deal to produce AS9 Huntsman, the Australian version of Hanwha Defense's K9, marked the first time Australia has acquired major defense equipment from an Asian nation. The plant in the Greater Geelong area can serve as a base to help Hanwha fulfill contracts in other parts of the world.

The South Korean group said it is in discussion to set up a business channel with the Victorian government to address potential business cooperation and investment opportunities. Tentatively named "Hanwha Forum," the initiative involving Hanwha’s subsidiaries is expected to begin during the first half of 2022.

"Hanwha and Australia have already forged a relationship based on mutual trust and friendship through defense business projects, and I think both parties have much to gain from further cooperation in other business sectors," Hanwha Defense Australia's managing director Richard Cho said in a statement on February 25.

Hanwha said its space and satellite business arms can tap opportunities to collaborate on satellite internet services and urban air mobility (UAM), which is an ecosystem covering personal air vehicles and infrastructure such as a new navigation system, take-off and landing fields and charging technologies.

Hanwha Systems, which is trying to develop an electric propulsion system for personal air vehicles as a key member of UAM Team Korea, a public-private consultative body, to commercialize manned drone taxis in 2025 and a fully autonomous service in 2035. Other Hanwha units are also involved in related projects such as advanced air mobility (AAM).

In the defense sector, Hanwha Defense is interested in cooperating with the Victorian government for a British defense project to acquire advanced self-propelled howitzers, by utilizing an armored vehicles center to be constructed in Geelong. Ammunition plants and guided weapons would be topics for future defense cooperation, while Hanwha's CCTV camera technology is expected to gain strong attention from the Australian industry.