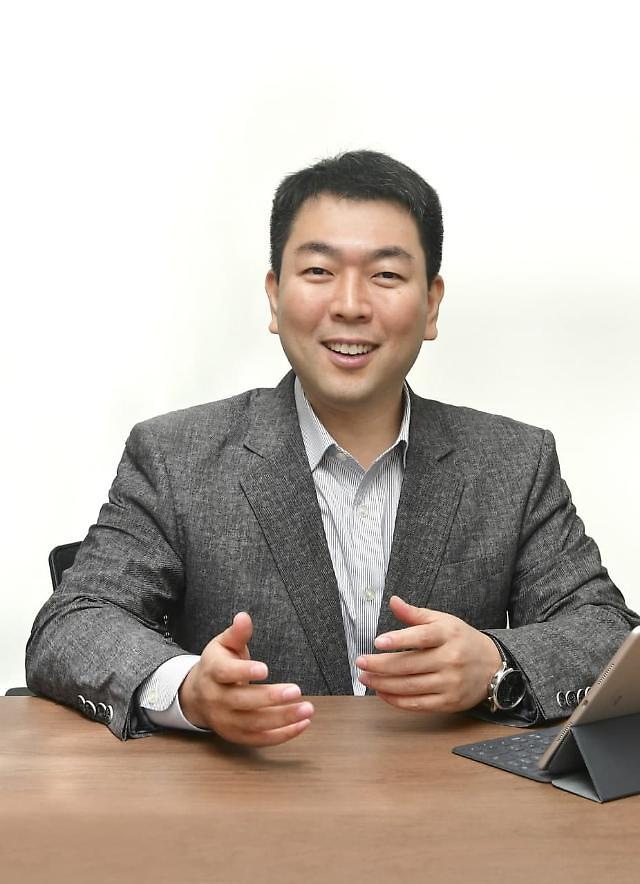 
SEOUL -- In a country where regulators are reluctant to officially recognize digital money or virtual currencies as a general means of exchange, Bithumb, a major cryptocurrency exchange in South Korea, is ready for a fresh takeoff with a reorganized system to win back customers who have complained about high fees, unkind services and sporadic server failures.

Since its foundation in 2014, Bithumb has been plagued with frequent attacks by hackers, along with crackdowns and investigations for alleged tax evasion, investment fraud and other illegal activities. As a result, Bithumb has seen the number of registered users dwindling from up to eight million to 6.5 million, standing second after Upbit operated by Dunamu, which is one of South Korea's highest-valued startups.

After going through difficult times, Bithumb is going on its own path to restore public confidence and provide convenience for pleasant transactions of blockchain-based investment assets. "I think it's more valuable to maintain authentic services," said CEO Heo Back-young who has strived to enhance Bithumb's anti-money laundering (AML) policy and internal controls since he took the helm in May 2020.

Heo's policy paid off, resulting in an all-time high of over one trillion won ($832 billion) in sales in 2021. "Last year, we have put in enterprise-wide efforts to solve the lack of internal technology," Heo said in an interview with Aju Business Daily, citing the platform's slow speed as the "most regrettable" thing. In January 2022, Bithumb was able to double the speed of mobile app transactions and improve user experience and user interface, drawing a positive response from customers.

"I think the high volume of transactions and the increase in the convenience of exchanges are different. Speeding up and improving user experiences so that investors can use the service conveniently is the most basic service. Regardless of whether the number of members increases or not, it is necessary to provide quality services," Heo said.

Heo said his goal in 2022 is not to increase market share but to provide convenience for pleasant transactions of blockchain-based investment assets. "In terms of operation, it is, of course, important to increase the market share. I think it's more valuable to maintain authentic services than who's the No. 1 player in the market and how much market share."

"The business essence of virtual currency exchanges is still to increase user convenience and provide good coins," Heo said, adding his company has hired professionals with compliance experience from traditional finance to be compliant with financial regulations. Bithumb and two other domestic cryptocurrency exchanges -- Coinone and Korbit -- have set up a joint venture called CODE to develop a "travel rule" system. 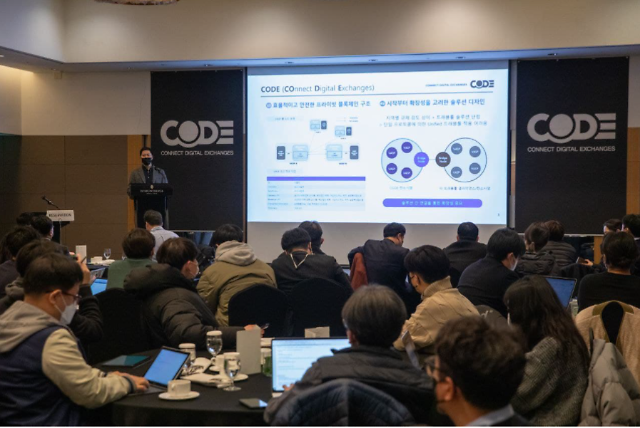 CODE's travel rule solution is characterized by not storing transaction records and customer information on the central server by utilizing blockchain technology. An intuitive address search method was adopted to check identification based on address information even if the other exchange or recipient's name is not known, significantly reducing the risk of erroneous deposit.

"We will aggressively push for partnerships with many domestic and foreign companies through CODE's solution that has strengths in connectivity and scalability," Cho Sin-geun, a Bithumb official in charge of business cooperation, said, vowing to link CODE with other solutions.

The Financial Action Task Force (FATF), an intergovernmental organization that develops policies to combat money laundering, has proposed "travel rule" principles that require the sharing of transaction and personal identifying data between virtual assets service providers, immediately and securely. To cope with Travel Rule that will be enforced in South Korea in March, VerifyVASP was presented as a decentralized travel rule messaging protocol to facilitate compliance with travel rule requirements across jurisdictions in a cost-effective and accessible manner.

"The system being developed in South Korea is just one tool to implement the travel rule system recommended by FATF well," Heo said. "In order to have a travel rule system in a complete sense, CODE and VerifyVASP must go through interworking."

There has been no change in the government's stance, with regulators calling for strong steps to prevent irrational and excessive speculative investments. Cryptocurrency exchanges and lenders often gain benefits from interest or fees by providing loans or lending coins to traders. As the chance to earn more increases, so does the risk to lose more because trading sometimes has extreme fluctuations and exchanges are frequent targets for hacking.

Heo advocates clear guidelines and a negative system of regulations to promote South Korea's virtual asset industry. "Except for illegal activities such as market disturbance and unfair practices, it's the area that needs regulations in a negative method. We need clear guidelines from financial authorities to reduce confusion among investors so that the same regulations can be applied to the same services such as travel rules."

From January 26, Bithumb is implementing a pre-registration policy for virtual asset withdrawal addresses. Virtual assets can only be sent to safe and screened exchanges that have completed their risk assessment on anti-money laundering. Currently, there are 32 domestic exchanges and 13 overseas exchanges that can withdraw money from Bithumb.

"As the virtual asset industry grows, the importance of anti-money laundering is becoming more important. The whitelist system chosen by Bithumb is a policy that sends coins only to identified recipients," Heo said, adding Bithumb would take measures to address concerns that the company's whitelisting policy would cause investor inconvenience.

The Seoul government has presented a new national strategy to catapult South Korea into a major player in the global metaverse market. The metaverse is a collective virtual shared space, created by the convergence of virtually enhanced physical reality and physically persistent virtual space. Various South Korean companies have actively adopted metaverse platforms to bridge the gap between online and offline spaces.

Bithumb is interested in new businesses related to metaverse and non-fungible funds (NFTs), Heo said, calling for a considerate approach to do business with those with a clear purpose of issuing NFTs.

"We are currently talking positively with an entertainment company. NFT and metaverse are certainly good items, but it is regrettable that companies do not have specific business goals, but simply move to enter the market first. Bithumb is going through the stage of thinking about what will work more importantly on the metaverse world in the future."