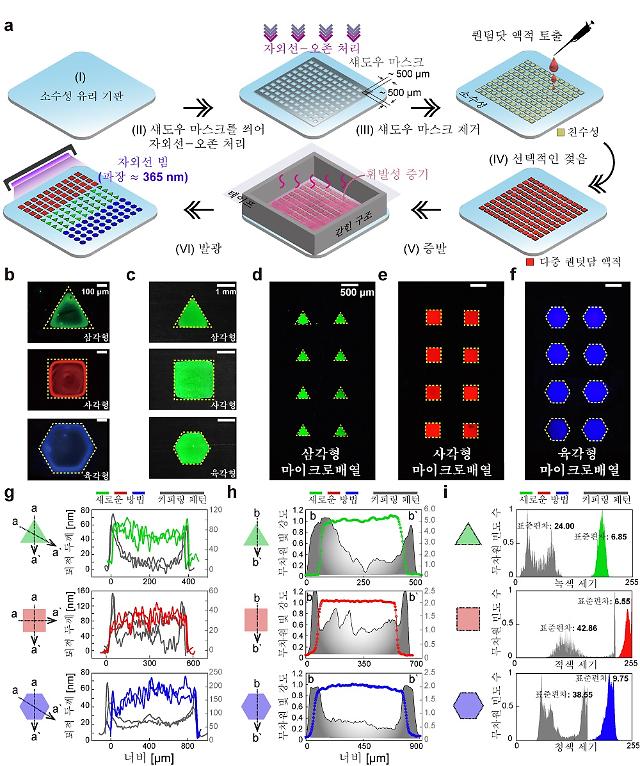 
SEOUL -- South Korean researchers have developed a technique to prevent "coffee ring patterns" that occur on the surface of quantum dot display panels when special photo-emissive nanocrystal particles are sprayed and evaporated. The technique can help display panel makers reduce manufacturing costs and the incidence of faulty displays.

A quantum dot (QD) display is a liquid crystal display (LCD) device that uses semiconductor nanocrystals that can produce pure red, green and blue light. Nano-sized particles are either sprayed on the display surface using inkjet technology or created into a very thin film adhered to the display panel. Samsung Electronics is one of the world's most popular quantum dot display makers with its QLED display lineup.

While QD display devices are garnering popularity among consumers who favor TVs and monitors that are capable of emitting pure basic colors with improved display brightness and color gamut, the display panel is very hard to produce because of the Marangoni flow effect that redistributes particles to the center of a droplet. Coffee ring patterns are frequently created on the surface of display panels.

The Korea Advanced Institute of Science & Technology (KAIST) said in a statement on March 2 that its research team developed a QD display production technique that can completely prevent the occurrence of coffee ring patterns. Using the knowledge acquired during years of research, researchers were able to control the component of QD catalytic particle solution and induce an interactive Marangoni flow to prevent coffee rings.

"If this technique is applied to the production process, we will be able to apply red, green and blue quantum dot patterns to the next-generation QLED displays without complex physical-chemical application processes," KAIST researcher Kim Hyoung-soo was quoted as saying.