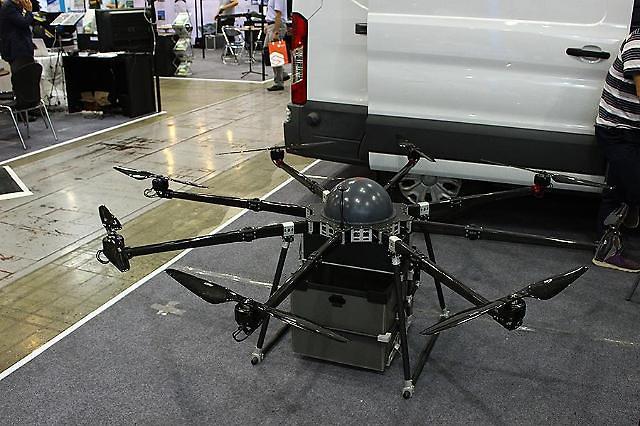 SEOUL -- South Korea embarked on a five-year state project to expand the operating distance of commercial drones to 20 kilometers (12.4 miles) by building platforms and infrastructure based on the 433 megahertz (MHz) radio frequency band used by amateur radio communication operators. Currently, commercial drones can fly up to 1.0 kilometers for security and other reasons.

The project is aimed at revitalizing South Korea's public and commercial drone markets by developing core technologies for drone communication based on the 433 MHz band and applying them to various fields such as defense, security, construction, logistics, and content, according to the Ministry of Science and ICT.

"Communication technology for long-distance flights is a very important factor at a time when a service using drones such as logistics delivery is expanding," Lee Ju-won, a ministry official in charge of convergence technology, said in a statement on February 3. The project will be carried out by a consortium involving eight companies and four universities led by Kwangwoon University.

In the early days of commercial introduction, drones equipped with optical equipment were mostly used to carry out dangerous tasks. However, their role has been expanded to many other fields including food and parcel delivery. South Korea maintains tight regulations on operating drones without permission in urban areas.

The consortium would develop 433 MHz-based communication technology and an integrated circuit called System on Chip (SoC) that integrates all or most components of a computer or other electronic system, as well as controllers and technology for the joint use of frequencies.