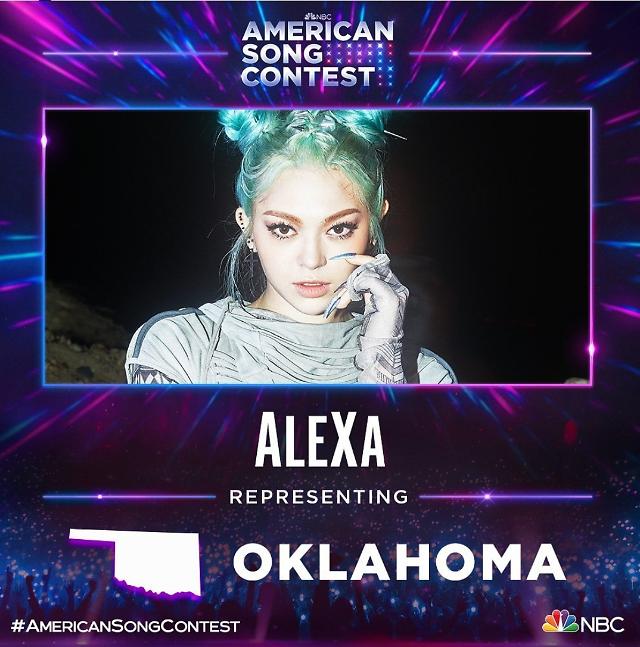 SEOUL -- Alexaundra Christine, an American singer and dancer better known by her stage name AleXa in South Korea, will make her appearance on an American TV channel NBC's music competition show. The 25-year-old singer will compete with 55 American artists including Michael Bolton and Macy Gray to win the viewers' vote for the best song.

"I cannot begin to say how honored & excited I am to be representing my home state of Oklahoma for @NBC’s @americansongcontest," said AleXa in an Instagram post. The singer will showcase her performance on March 21. A total of 56 singers from the United States will participate in the program. The show will be hosted by singer Kelly Clarkson and rapper Snoop Dogg.

AleXa, born and raised in Oklahoma to a mother of Korean descent and a father of American-Russian descent, gained popularity by participating in "Produce 48," a cable TV survival music contest show in 2018. The singer made her solo debut in 2019 with "Bomb," a digital single album. The singer debuted in the U.S. under a contract with ICM Partners, a talent and literary agency based in Los Angeles, in 2020.