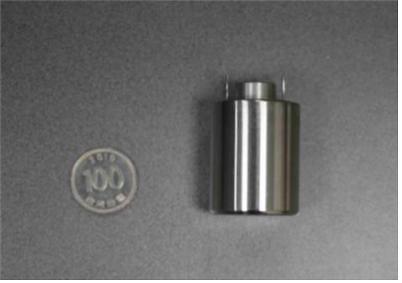 
SEOUL -- South Korea's defense technology development agency has developed a shock-activated small high-performance thermal battery for precision-guided munitions. The battery is ideal for powering  "winged artillery shells" that use GPS and an inertial measurement unit to glide and accurately hit the target.

Precision-guided munitions or cannon-launched guided projectiles are basically artillery shells with a guided system and wings. When a guided shell reaches a certain altitude after being fired from cannon, it unfolds its wings and flies to the target area. Because the winged artillery shell does not have an external power source, it uses shock-activated thermal batteries activated by physical shock created during its launch.

The Agency for Defense Development (ADD) controlled by the Defense Ministry has developed a small-sized high power thermal battery by shock-activation. "We hope the battery capable of being installed into precision-guided munitions to contribute to the upgrade of performances of guided artillery shell system that does not have external power sources," the agency said in a statement on March 8.

A gas-propelled gun was used to simulate shock created by cannon fire. Researchers found that the battery maintained its structural integrity and performance after it experienced more than 30,000G, which is about 30,000 times the gravitational acceleration of the normal gravity.

The Gliding Guided Artillery Munition (GGAM) jointly developed by ADD and South Korean munitions maker Poongsan can travel up to 100 kilometers (62 miles) to precisely reach its destination. The development of winged shells was launched in 2014 and developers are currently researching techniques to increase the shell's flying distance to more than 100 kilometers.