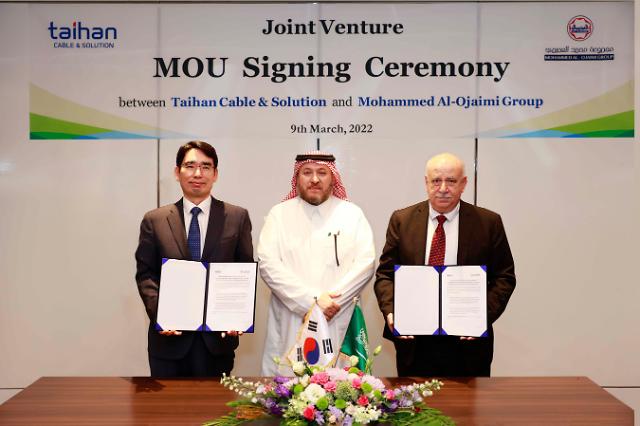 SEOUL -- Taihan Cable & Solution, a power cable and grid infrastructure company in South Korea, will build a joint venture plant in Saudi Arabia to produce high voltage power cables as part of a strategy to secure competitiveness through the localization of production amid growing protectionism and rising logistics costs.

"The Middle East is our turf where we have traditionally been strong in securing orders, and we will further solidify our position as a major supplier through localized production," an unnamed Taihan Cable official said in a statement on March 10. Taihan Cable is trying to establish an overseas production network with factores in Vietnam, South Africa, Kuwait, and Saudi Arabia.