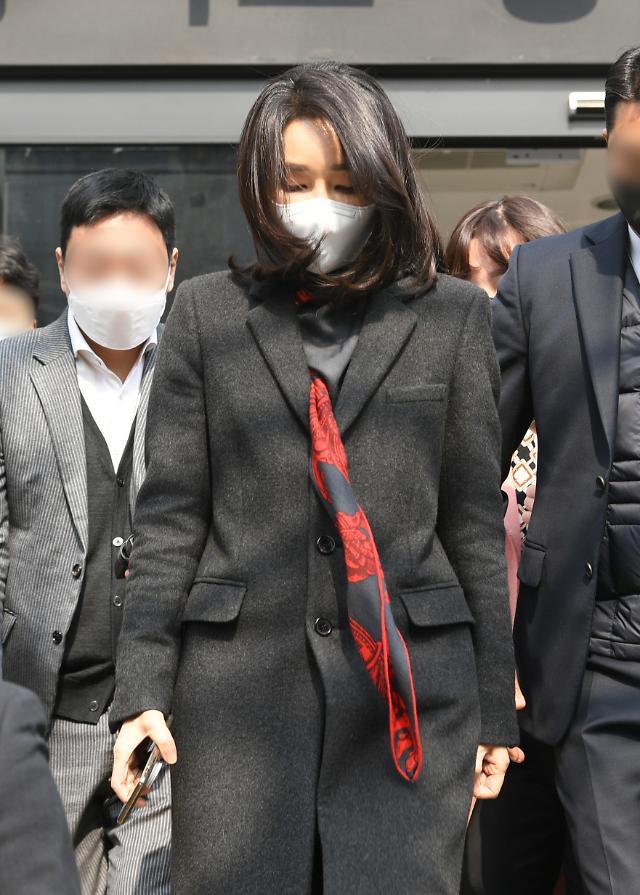 SEOUL -- The scandal-stricken wife of president-elect Yoon Suk-yeol broke her intended silence during her husband's election trail to issue a humble message defining the duty of her role as the first lady and proposed social activities to help those in the shadow of growth and the underprivileged.

It was Kim's first public comment as the spouse of South Korea's next president. She had kept a low profile after being plagued with a barrage of attacks from political opponents. She was accused of manipulating stocks and lying on her resume when applying for jobs.

"I think the top priority role as a spouse of the president is to create an environment where the president can concentrate on state affairs," Kim said. "If conditions permit, I will try together to solve the problems of the underprivileged who have not yet been cared for by the government or those in the shadow of growth."

Born in 1972, Kim majored in painting at Kyonggi University and later earned degrees in art education and digital contents design. She worked as an art or design instructor at schools and universities. She is 12 years younger than her husband. With no children, the couple lives with dogs and cats.