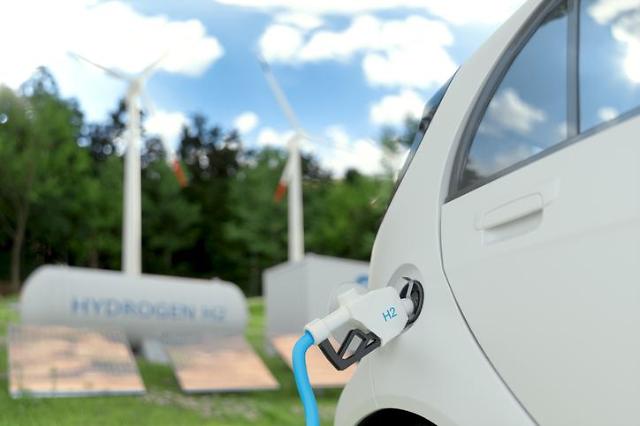 President-elect Yoon Suk-yeol, who scored a narrow victory in presidential voting on March 9, has criticized Moon's "nuclear-exit" policy of phasing out nuclear power plants and decreasing the number of nuclear power plants from 24 to 14 in 2038, saying it is "a disaster caused by the ignorance" of Moon's administration.

Yoon has tried to actively reflect the voice of economic groups led by the Federation of Korean Industries (FKI), an influential lobby group of family-run conglomerates known as chaebol, which opposed any radical steps that could undermine the competitiveness of South Korean industries and wanted the next government to utilize nuclear power plants in its energy transition scheme.

"Among what the current government is pushing, we will continue to manage the tasks that need to be continued, and boldly push for change and reform in areas that need to make new changes," the president-elect said in his news conference on March 10. Yoon's camp suggests that nuclear power generation should be used as a base power source as South Korea relies on foreign countries for more than 90 percent of energy supply and demand.

"If the utilization rate of nuclear power plants increases, natural gas imports may decrease in part, leading to a reduction in trade deficits," Park So-yeon, a Shinyoung Securities researcher, said, adding beneficiaries would include companies involved in small modular reactors (SMRs), which have been studied to address the limitations of traditional light-water reactors and allow for less on-site construction, increased containment efficiency, and enhanced safety.

Hydrogen cars are an industry that could be pushed out of policy priorities because Yoon stressed at a TV debate that South Korea should focus on data science, artificial intelligence, computer science, and bio industries.

Moon has presented a "hydrogen economy" to use fuel cells in the production of automobiles and electricity by producing 6.2 million units for domestic consumption and exports by 2040. South Korea's Hyundai auto group has touted hydrogen fuel as an alternative to solve global problems such as pollution and resource depletion.

Fuel cells produce heat, electricity and water through a thermochemical reaction between hydrogen and oxygen. However, the establishment of hydrogen charging stations has been slow due to high costs, regulations, opposition from residents in urban areas, and low energy efficiency than electric vehicles.

"In order for hydrogen cars to become eco-friendly cars that do not emit greenhouse gases at all, the mass production of green hydrogen must be carried out, but with the current technology, it is almost impossible to realize economies of scale," said Lee Deok-hwan, an honorary professor at Sogang University.

Based on a public consensus that South Korea should reduce the use of fossil fuel and switch to renewable energy sources, Moon has endorsed a number of projects to build wind farms. However, floating offshore wind farms emerged as a political issue after Yoon questioned their usefulness, citing the alleged lack of broad consent from fishermen and citizens.

"Why are you generating new and renewable energy wind power off the coast of Ulsan that fishermen and citizens oppose?," Yoon said during his campaign trail on February 19, referring to a major floating offshore wind farm complex to be built off the southeastern industry port city of Ulsan. Ulsan also aims to build an 84,000-ton green hydrogen production base annually by decomposing seawater with electricity generated by floating offshore wind farms.

Ulsan City Mayor Song Cheol-ho has called for an end to an unhelpful political argument over South Korea's wind power policy, warning it would cause "anxiety" among domestic and foreign investors. He said that floating offshore wind turbines located in the distant sea would cause fewer environmental problems than fixed wind turbines on land or coast.