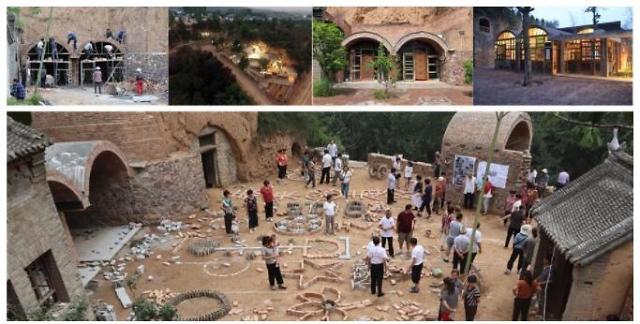 The third annual Human City Design Award ceremony was held at the Dongdaemun Digital Plaza (DDP), a design and arts center located in the heart of Seoul, on March 21 as an online event. The grand prize winner was given to the House of Dreams project that turned an abandoned cave in the village of Dengfang some 680 kilometers (422 miles) southwest of Beijing into a village community space.

Insitu Project, the design group that led the House of Dreams project renovated the network of caves to house an amenity facility, shared kitchen, dining room and guest rooms. The designer group said the renovation project symbolizes the collective memory of the old villagers who grew up in the cave. People from some 100 nearby small villages have participated in the project to recycle wastes and build facilities. Recycled items were used to deliver villagers' messages.

An unnamed villager who participated in this project said that this project enabled people to take pride in their community and deeply understand ways to reuse waste. Charles Landry, the head of the jury of the Human City Design Award commented that the House of Dreams project is a thoughtful project that provided residents opportunities to learn new skills. Judge Rachel Troye highly praised the project and said: "it created and developed a model by allowing participation of under-skilled local residents based on true cooperation and community. Its result was also aesthetically excellent."