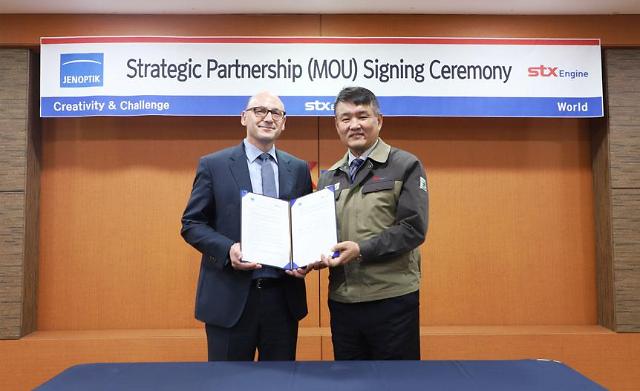 Under a strategic partnership with Vincorion that offers products, solutions, and services for mechatronic applications, STX Engine will develop a hybrid engine system that integrates engine starters and generators mounted on land combat equipment into one installed between transmissions.

"In line with the Fourth Industrial Revolution, it is essential to promote a hybrid diesel engine for the defense industry," STX Engine CEO Park Ki-Moon said in a statement on March 22. The two companies would also develop a system that informs users of the real-time engine condition and optimal maintenance time.

STX Engine said that a hybrid engine can increase the scope of operations and improve the combat viability of military equipment while data collection sensors will help maintain a higher utilization rate of equipment by providing real-time engine condition monitoring and optimal maintenance time.

In June 2021, STX Engine was chosen to localize the German diesel engine of K-9 self-propelled howitzers produced by Hanwha Defense, as part of a broad state project to acquire original technologies for key imported parts.

The localization of K9's engine designed by MTU Friedrichshafen is aimed at meeting harsh operational requirements and technical specifications required by export markets in the Middle East and other regions. K-9 is one of South Korea's best-selling ground weapons.