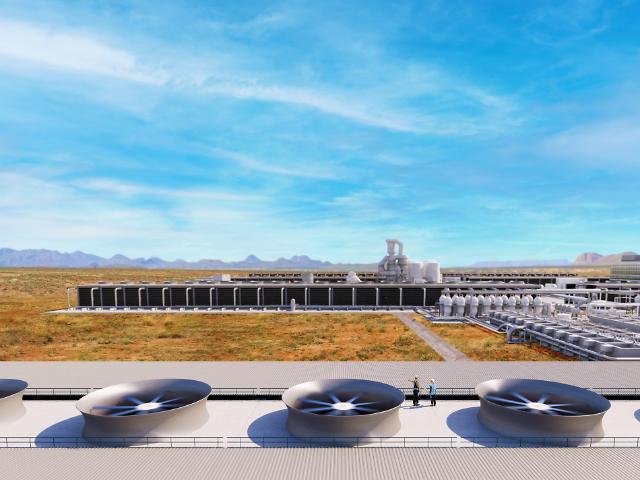 
SEOUL -- SK Trading International, a unit of South Korea's SK Group, has signed a five-year deal with Occidental, an energy company in the United States, to import 200,000 barrels of net-zero oil per year from 2025 for the production of eco-friendly aviation oil and other net-zero products. It marked the world's first net-zero oil contract.

Net-zero means huge declines in the use of coal, oil and gas under an international campaign to achieve net-zero carbon dioxide emissions by 2050. Net-zero oil is combined with environmental attributes generated through the removal and sequestration of atmospheric carbon dioxide through enhanced oil recovery (EOR) that increases the ability of oil to flow to a well by injecting water, chemicals, or gases into the reservoir or by changing the physical properties of oil.

Occidental has commercialized the world's first technology to produce net-zero crude oil through direct air capture (DAC) technology that captures carbon dioxide directly from the air with an engineered, mechanical system. The American company would collect about one million tons of carbon dioxide annually from the second half of 2024 at a DAC facility in the Permian Basin, Texas.

SK Trading International (SKTI), an oil trading platform for SK innovation, hopes to convert Occidental's net-zero oil into net-zero products. SKTI said the introduction of net-zero oil is well aligned with its net-zero commitments and is expected to not only tackle climate change but also accelerate the company’s sustainable growth.

"We are pleased to be a part of the world’s first carbon emission reduction initiative that is underpinned by processing net-zero oil on a life-cycle analysis basis," SKTI CEO Suh Sok-won said in a statement on March 23.

To produce environmental attributes utilized for its net-zero oil, Occidental would inject about 100,000 tons of captured atmospheric CO2 volumes per year. Net-zero oil can help hard-to-abate industries advance net-zero commitments by providing an affordable, scalable fuel option that does not contribute to additional atmospheric CO2.

"Net-zero oil is an important component of the energy transition and provides a critical bridge as society moves to a net-zero economy," Richard Jackson, president of  Occidental's U.S. onshore resources and carbon management, was quoted as saying.