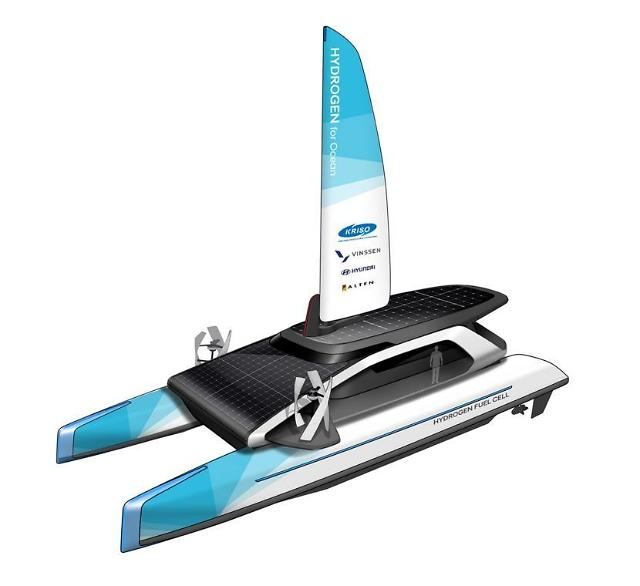 Data released by South Korea's ocean ministry in 2020 showed that 37,271 vessels out of 65,744 fishing boats were used for inshore fishing with many of them relying on combustion engines. To reduce greenhouse gas emissions from vessels by 30 percent by 2025, the International Maritime Organization (IMO), a U.N. maritime safety agency, has adopted compulsory energy-efficiency measures. South Korean shipbuilders were prompted by the regulation to develop green technologies for ships.

In December 2021, Vinssen demonstrated the first domestic hydrogen-electric boat that can operate for about 6 hours at 18.5 kilometers (11.5 miles) per hour only with a 40-minute charge of a fuel cell module weighing about 18 pounds. It takes about eight hours to be fully charged. In January 2022, the company teamed up with the Singaporean office of Bureau Veritas Marine, an agency specializing in inspecting marine safety, to establish hydrogen fuel cell infrastructure in the island country of Singapore.

Vinssen said in a statement on March 25 that the company signed an agreement with Hyundai Motor to develop next-generation small green ships. Vinssen will build smart ships based on Hyundai's designs.

In 2020, Hyundai Motor unveiled its scheme to become the mobility service company, disclosing its first electric air vehicle concept called S-A1 at a trade fair in Las Vegas. The automaker is currently involved in a public-private consultative body called "Urban Air Mobility Team Korea" that aims to commercialize manned drone taxis in 2025. Air vehicles are emerging as a future mobility system to reduce traffic jams on urban roads. Remote-controlled vehicles will be adopted in 2030 and a fully autonomous service in 2035.