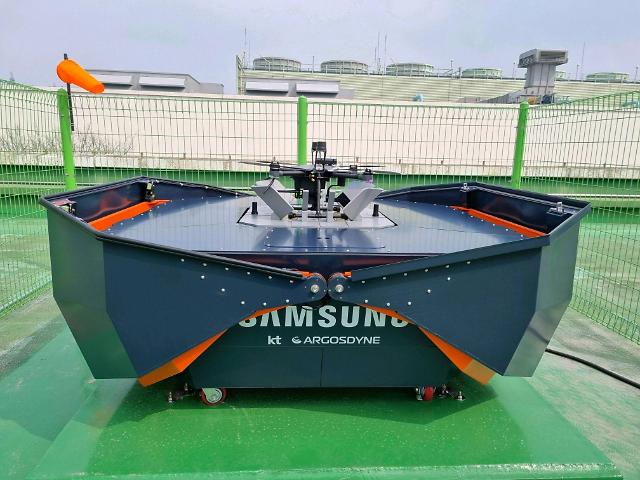 Drones are used for safety management to find and rescue stranded people in the mountains or the sea. Some are used to check the structural integrity of large and tall buildings by examining the exterior walls for visible cracks or damages. Many industrial drones use specialized LTE communication channels that are encrypted for security.

KT said that an autonomous drone system was set up at Samsung's semiconductor plant in Onyang some 90 kilometers (55.9 miles) south of Seoul. The system hooked onto an LTE network includes an unmanned drone control tower station that offers rapid charging and the management of flight courses.

KT has aggressively expanded its drone service business since 2019 when the world's first 5G communication network was commercialized in South Korea. The company has developed a 5G-connected lifesaving drone platform including a command truck and rescue robots.

Through a partnership with the United Nations Children's Fund, the company has deployed a helium-filled airship equipped with various sensors, cameras and electronic devices to Ghana to create precise digital maps and monitor signs of illegal child labor.