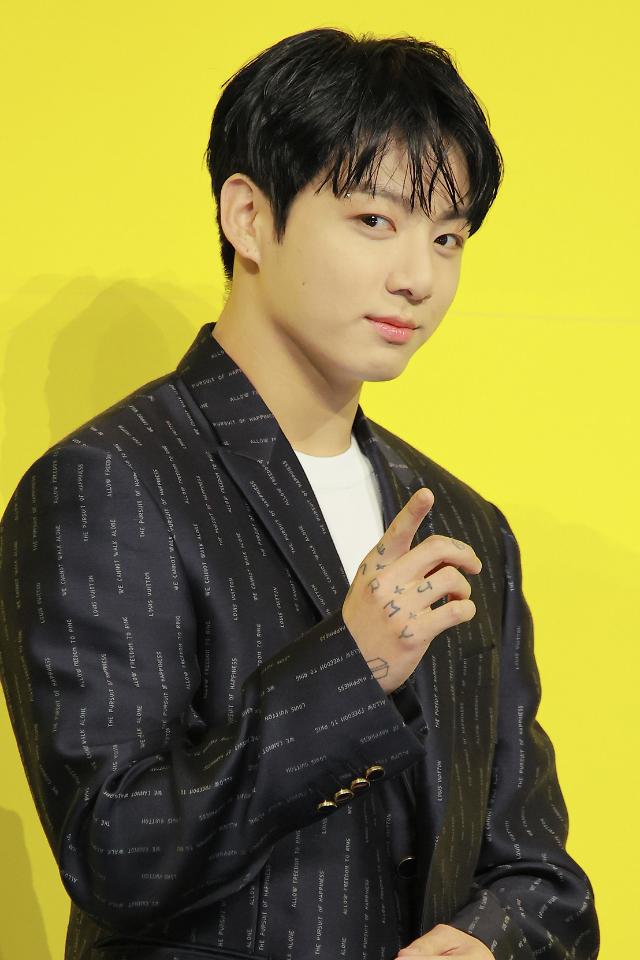 SEOUL -- BTS member Jungkook tested positive for COVID-19 while he was staying in Las Vegas to prepare for a Grammy Awards performance. The seven-member band is scheduled to participate in the world's most prestigious music awards event as a nominee but it is unsure whether the 24-year-old will participate in the group performance.

Jungkook was confirmed with COVID-19 on a polymerase chain reaction (PCR) test, Big Hit said through Weverse, an official fan community platform. He tested negative before his departure but the singer decided to take another test because of symptoms such as sore throat after arriving in Las Vegas. He is currently self-quarantined to follow local guidelines.

"He is not exhibiting any symptoms other than a mild sore throat, and we will attentively monitor his health during the quarantine," the agency said, adding that local regulations will determine whether he can participate in the group schedule for Grammy.

Jungkook is the last BTS member to be infected with COVID-19 since December 2021. Five members recovered from the infectious disease while J-Hope is still in quarantine. The band is scheduled to participate in the 64th Grammy Awards as a nominee for the Best Pop Duo/Group Performance category on April 4. The band will also host "BTS Permission to Dance on Stage" concert four times in April at Allegiant Stadium, a domed stadium in Las Vegas.

This is the second time that BTS has been nominated by the Grammy Awards. The group was nominated for the Best Pop Duo/Group Performance category with its first full English song "Dynamite" in March 2021 but the award was given to American singers Lady Gaga and Ariana Grande for their collab "Rain On Me."

The band hosted an offline Seoul concert in March despite a prolonged pandemic that has left tens of thousands of people infected with COVID-19. About 45,000 fans attended the offline concert and some 2.4 million watched the performance through online platforms.
© Aju Business Daily & www.ajunews.com Copyright: All materials on this site may not be reproduced, distributed, transmitted, displayed, published or broadcast without the authorization from the Aju News Corporation.