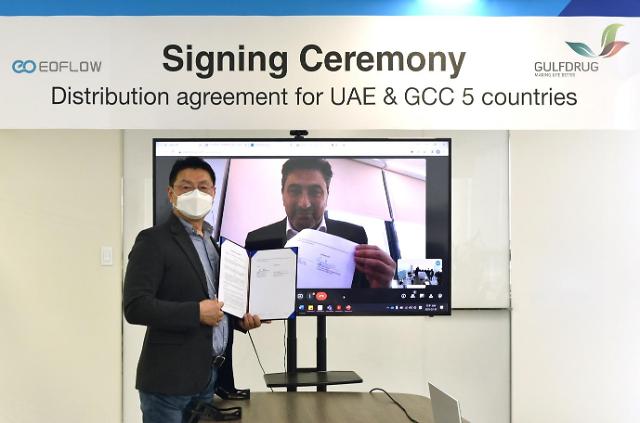 SEOUL -- EOFlow, a South Korean provider of wearable drug delivery solutions, has secured a five-year deal with its partner in the United Arab Emirates to sell wearable and disposable insulin pumps to Saudi Arabia and other members of the Gulf Cooperation Council (GCC).

Using Gulf Drug's sales network, EoFlow hopes to preoccupy the Middle East market with a large diabetic population and high interest in healthcare. "EoFlow is moving fast to explore new and large diabetes markets in which competitors have yet to enter, such as China, Indonesia and the Middle East," EOFlow CEO Jesse J. Kim said in a statement on March 31.

EOPatch has secured CE marking (CE Mark) from the European Union. CE Mark is an administrative marking with which the manufacturer or importer affirms its conformity with European health, safety, and environmental protection standards for products sold within the European Economic Area.

EOFlow aims to become a leading player in the global market with innovative medical devices such as wearable artificial kidneys. In October 2021, the company agreed to set up a joint venture with Changsha Sinocare, a major blood glucose monitoring system manufacturing company in China.