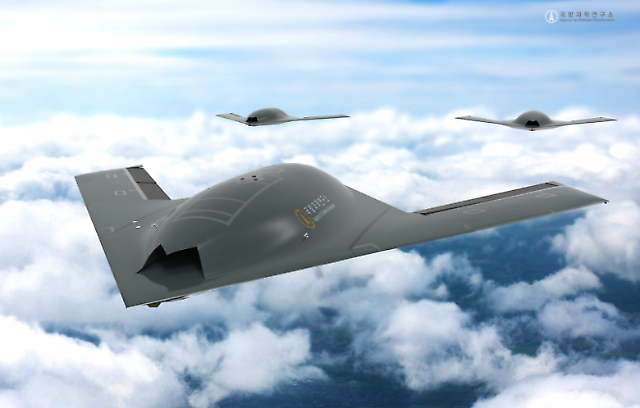 
SEOUL -- To acquire core technologies that would play a vital role in enhancing future defense capabilities, South Korea will accelerate the development of core military technologies related to hypersonic aerial vehicles and quantum radars for the detection of stealth fighters.

The Defense Acquisition Program Administration (DAPA) operated by the Ministry of National Defense said that some 266.4 billion won ($220 million) will be spent this year to acquire eight types of core military technologies including quantum computing and hypersonic flight.

Hypersonic flight technology based on ramjet engines is vital for the development of hypersonic missiles and drones that can reach the speed of up to Mach 6 (7,408 kilometers per hour), which is six times faster than that of sound. Hypersonic missiles and drones are highly maneuverable and when they travel to their target at a hypersonic speed, it is virtually impossible to take them down using conventional anti-missile defense systems.

Jet engines can reach up to Mach 2 using a turbine and a compressor to intake air and compress it before injecting fuel and causing combustion to gain energy. Ramjet engines do not have a turbine and a compressor. Instead, the special engine can only be operated at speeds higher than Mach 1.2. When air flows through a specially designed intake duct, it is compressed before fuel is added and combusted. Once the engine is ignited and fuel is supplied, its combustion is self-sustaining.

American media company Financial Times has reported, citing U.S. intelligence sources, that China tested a nuclear-capable hypersonic glide vehicle carried on a rocket that flew at a speed of about Mach 5 in October 2021. The presence of Beijing's hypersonic projectile caused alarm in the Pentagon and intelligence agencies across the globe.

DAPA said that South Korea will join the race to increase the travel distance and maximum speed of hypersonic vehicles by increasing the reliability of homemade ramjet engines and other aerial vehicle parts under development. South Korea will also work on the development of high-power laser weapons to establish an anti-hypersonic aerial vehicle defense system. A 100 kilowatt-class laser weapon will be developed using homemade core technologies.

Normally, stealth jet fighters appear on ordinary radars as small as big birds. China operates J-20 fifth-generation stealth fighters nicknamed the "Mighty Dragon" with precision strike capability. Beijing is reported to be developing a system to operate the J-20 fighter as an unmanned vehicle that can work as a mobile control tower for smaller stealth drones.

In 2021, researchers at China's Tsinghua University said that they have developed a new quantum radar technology for detecting stealth fighters by generating a mini electromagnetic storm. They are working on the construction of a full-sized prototype that can render any stealth jet useless.

"Through the future defense tech development project, we will develop game-changing technologies that can innovate future battlefields and provide a footstone for South Korea to become one of the countries with top-class defense capabilities," DAPA's future military power project bureau head Choi Ho-cheon said in a statement on March 31.
.