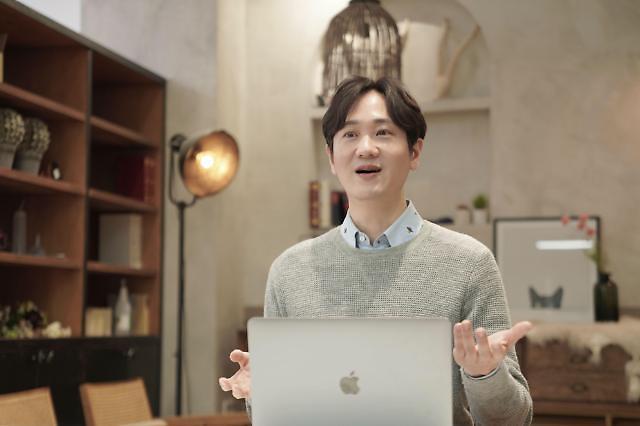 Babitalk is South Korea's No. 1 beauty medical information app that connects users with plastic surgeons and dermatologists and generates profits from brokerage fees. Unlike other medical beauty platforms that simply promote plastic surgery, the app is based on voluntary information sharing among users to improve the reliability of information.

In its company introduction, the website of Babitalk claims to have accumulated 4.4 million downloads, along with 830,000 monthly visitors and 450,000 cumulative experience reviews. The app provides the function of determining surgery after users verified doctors and a service that allows users to check hospital information, usage reviews, and introduction videos.

Partly behind Babitalk's quick growth is Yoo Doo-ho who was appointed as chief marketing officer after the startup was spun off from its parent company Care Labs in May 2021. He has been credited with introducing a paid membership system to e-commerce for the first time in South Korea while serving at the South Korean operation of eBay, an American e-commerce platform.

Under Yoo's stewardship, Babitalk adopted a campaign to highlight a message of "Think about plastic surgery again" rather than "Do plastic surgery." "Amazingly, it has led to good sales performance," Yoo said in an interview with Aju Business Daily. The marketing direction set by Yoo is the delivery of brand value away from performance marketing that focuses on increasing the number of subscribers.

"Babitalk also had sought performance marketing to attract users in the early days, but now it is time for marketing to show brand value and vision," Yoo said.  "It's an app that consumers must access before plastic surgery or skin treatment. I wanted to include a message 'Get information through Babitalk and make a careful decision.'"

With consumers responding to such marketing, Babitak has seen a dramatic increase in the number of daily visitors, new subscribers, and counseling sessions to set a record high in sales. "That's how the brand campaign was created," Yoo said, adding that the app guides users to carefully look at reviews and side effects before deciding on plastic surgery.

Yoo's business philosophy was well reflected in Babitalk's message posted on its website that said: "We believe in the value that beauty can make a positive difference in someone's life, and even in our world. We help people make better choices so that beauty is not just an object of admiration, but a value that they actively pursue and realize in their lives."

Yoo presented a goal to enhance long-term growth potential rather than short-term profitability. "In the long run, Babitalk is dreaming of taking a leap forward from plastic surgery and skin treatments to a super app that encompasses the entire beauty industry," he said, stressing that the increase in the number of new subscribers would not necessarily lead to an increase in plastic surgery.

Platforms account for only five percent of the entire domestic market for plastic surgery and skin treatment, Yoo said, admitting that there are limited contacts with consumers because medical information apps like Babitalk can advertise mainly through online channels such as social media. Under the current law, only medical personnel or organizations can advertise.

"I hope a medical advertisement review organization will be launched that includes medical personnel, plastic surgery platform officials, and civic groups so that the voices of the field can be fully reflected," Yoo said. He wants to talk about the virtuous function of plastic surgery for treatment purposes, or Babitalk's social responsibility through marketing while pursuing marketing until customers are fully aware of Babitalk's value.