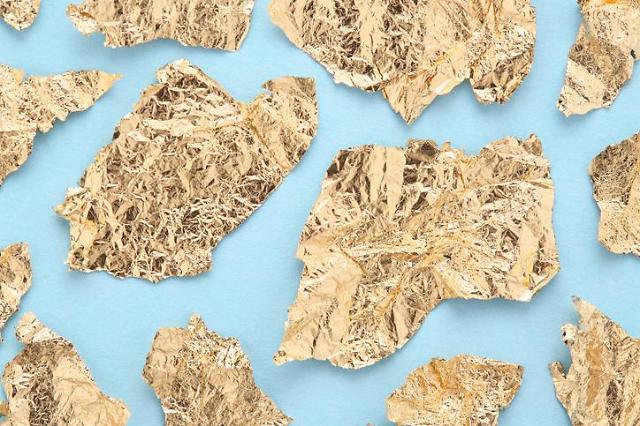 SEOUL -- South Korean researchers have developed a highly efficient gold leaching technique to recover precious metals from electronics. While a conventional method has an efficiency of about 15 percent, the newly-developed eco-friendly technique can recover up to 99.9 percent of gold used in chips and conductors.

Gold leaching uses a toxic chemical solvent including sodium cyanide to dissolve and extract gold. Professional gold collectors retrieve abandoned electronics including computer parts and broken washing machines to pull them apart and selectively hoard components coated with gold for better conductivity. The leaching process must be done on a massive scale because it is too expensive for stripping down gold from small amounts of electronics.

South Korea with the world's top-class semiconductor and home electronics makers including Samsung and LG is heavily dependent on foreign countries for precious metals. About 99.3 percent of metallic source materials are imported and gold is used in just about every electronic device.

The Korea Institute of Science and Technology (KIST) said that its team of researchers used multi-layered polymeric capsules to retrieve gold from electronics. The new material is much more efficient than conventional adhesives because it captures gold ions inside the capsule. Using a functional group material that only reacts to gold, researchers were able to selectively collect the precious metal through the multi-layer of the capsule.

"This research will become a foundation for the development of an environmentally friendly metal recovering method that can selectively collect metal scraps that are generated in the automobile and petrochemical industries," KIST researcher Jung Young-kyun said in a statement on April 5.