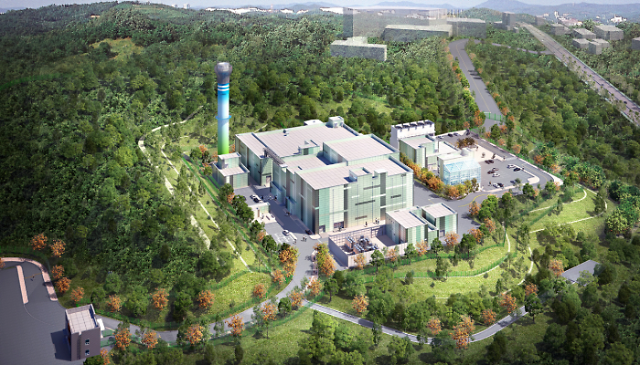 SEOUL -- A domestic consortium led by Daewoo Engineering & Construction has been selected to build a 15-megawatt research reactor using uranium-molybdenum plate-type nuclear fuel for the first time in the world. The project contains a lot of connotations as South Korea dreams of building nuclear-powered military vessels with consent from Washington, which has meticulously monitored any nuclear programs on the Korean peninsula.

On an order worth 363.2 billion won ($298 million) from the state-run Korea Atomic Energy Research Institute (KAERI), the consortium will build an open-water tank reactor and related systems and facilities near a nuclear power plant complex in the southern port city of Busan.

Daewoo E&C said that KAERI's new reactor is essential for nuclear medicine diagnosis and cancer treatment. It would contribute to the production of high-quality power semiconductors using neutrons and help South Korea secure a stable supply of radioisotopes and competitiveness in exports. "The order to build a new research reactor for exports has confirmed our unrivaled technological competitiveness once again," an unnamed Daewoo E&C official said in a statement on April 7.

Plate-type nuclear fuel is a low-enriched fuel with a concentration of 20 percent. uranium-molybdenum (U-Mo) nuclear fuel has a high uranium density and can use low-enriched uranium. U-Mo fuel can be used for light water reactors with a melt-resistant, accident-tolerant fuel with improved safety response. KAERI has led the fuel's commercial development for research reactors.

KAERI's U-Mo plate-type nuclear fuel can be manufactured with high density due to the characteristics of centrifugal spray powder. The institute has tested its fuel at Idaho National Laboratory's research reactor since November 2015. In May 2021, KAERI signed an agreement with the Belgian Nuclear Research Center, SCK CEN, for a joint study to verify the performance of high density and low enriched uranium silicide (U3Si2) plate-type fuel.

Once the performance of KAERI's fuel is verified, South Korea will be able to export a reactor using plate-type nuclear fuel. More importantly, there are no special international regulations on 20 percent low-enriched uranium, so it can be used for nuclear-powered submarines installed with a small light water reactor.

In September 2021, South Korea used a 3,000-ton submarine to test a homemade submarine-launched ballistic missile (SLBM). South Korea aims to deliver a 3,600-ton diesel-electric submarine installed with lithium-ion batteries in 2026. The next target is a 4,000-ton submarine. The South's defense ministry has maintained a task force related to a nuclear-powered submarine.