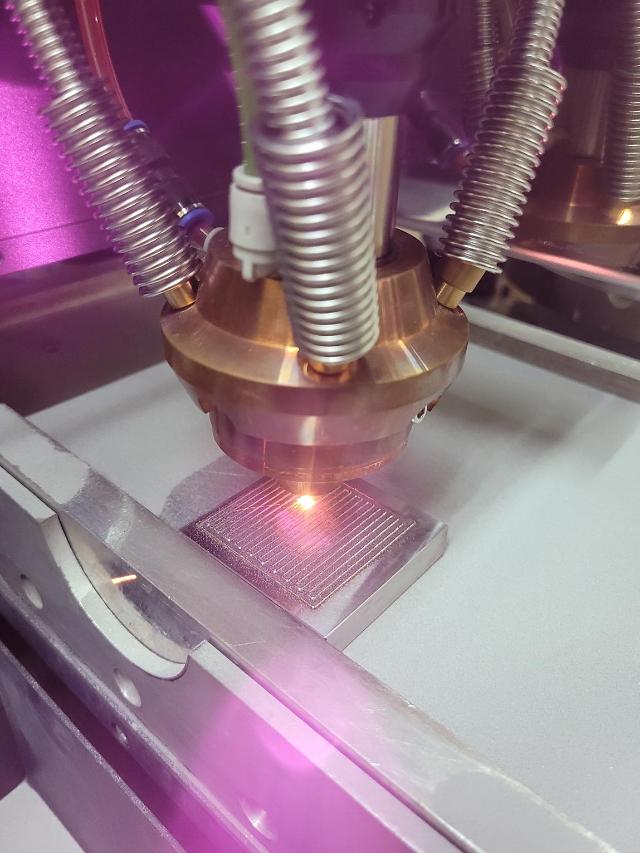 SEOUL -- A research team at South Korea's state nuclear energy research body has developed a 3D printing technology that can drastically lower the price of metal separator plates used in fuel cell stacks. The surface of the stainless alloy was coated with a chromium aluminum alloy with high corrosion resistance instead of gold using 3D printing technology.

The popularization of hydrogen cars has been hampered by high prices. Because gold is chemically very stable and hardly reacts with other materials, fuel cell stack separators on the market are mainly coated with expensive gold and platinum on the surface of aluminum, stainless steel, and titanium alloys.

The Korea Atomic Energy Research Institute (KAERI) said its team led by Kim Hyun-gil, a researcher in nuclear fuel and 3D laser printing technology, has manufactured a prototype with 3D printing technology that blocked the possibility of coating materials peeling off. Kim's technology has been transferred to Thecentech, a (KAERI) start-up.

The institute said that Kim's team has adopted a directed energy deposition method to stack metal materials using high-power lasers. As different metal materials melt and combine, the coated area doesn't separate. The flow path with an embossed protrusion was engraved on the surface of the separator to increase manufacturing efficiency and reaction efficiency between hydrogen and oxygen.