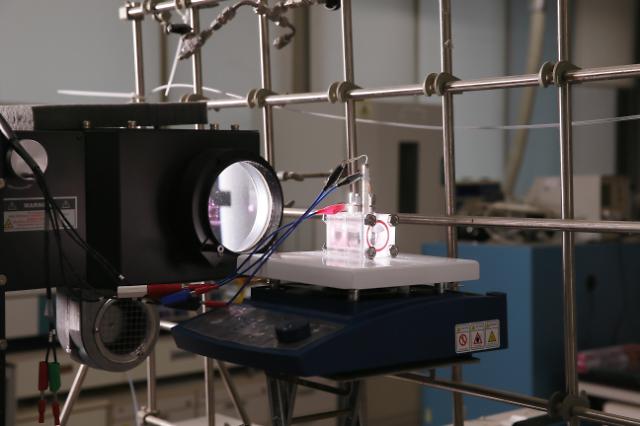 SEOUL -- A joint team of researchers has developed a photocatalyst technique that uses sunlight to turn sewage sludge into ammonia, which can be used for the production of hydrogen through a thermal catalytic decomposition process.

Green ammonia can be produced using only renewable energy such as sunlight and wind power. Because no carbon is generated, green ammonia is considered an important part of a sustainable hydrogen ecosystem. Sewage sludge full of organic materials is a good source of ammonia and renewable biogases such as methane.

Ammonia is also used for the transportation of hydrogen. Because hydrogen gas is combustible, it is dissolved in ammonia solution to be extracted at charging stations or fuel cell generation facilities. Some fuel cells do not need a reactor because they can separate hydrogen through electro-oxidation.

Researchers from the Ulsan National Institute of Science and Technology (UNIST), Hanyang University, and China's Sichuan University have jointly developed a photocatalyst technique capable of producing green ammonia. Researchers were able to use sunlight to power the photocathode aligned with silicon nanowires coated with gold particles to reduce nitrate into ammonia at an efficiency rate of 95.6 percent.

"If we upgrade the efficiency and stability of the photocathode, this technique will become the most ideal green technology that uses sunlight, the most abundant renewable energy source, to reduce the emission of carbon dioxide and nitrate content in sewage sludge during the conversion process," UNIST said.