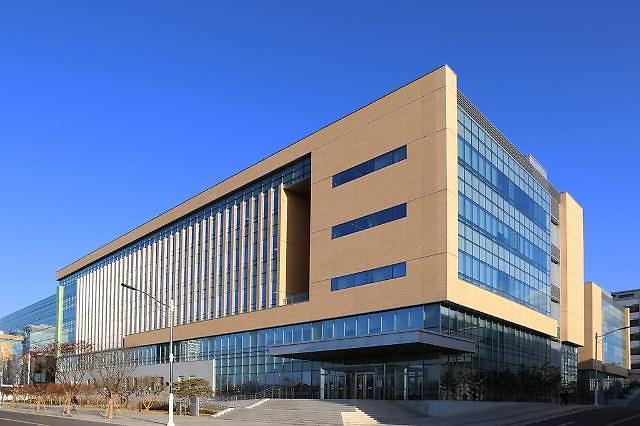 SEOUL -- There is no disagreement among South Korean companies over the marketability of all-solid-state batteries for electric vehicles as they strive hard to gain a competitive edge in a global battery war by releasing efficient next-generation products with affordable manufacturing costs ahead of other countries.

The only difference is about what form of materials South Korean battery makers focus on. All-solid-state batteries are seen as a next-generation power source for electric vehicles as solid electrolytes are nonflammable and more stable. They can have a higher energy density than lithium-ion batteries.

"All-solid-state batteries are not an easy task, but it's a direction to go ultimately," Jung Dong-wook, head of Samsung SDI's battery marketing and strategy division, said in a seminar on April 13. The company has succeeded in synthesizing sulfide solid electrolytes while developing all-solid battery prototypes with high safety and energy density.

Samsung favors sulfide over polymer, pointing to some disadvantages of all-solid-state polymer electrolytes such as inefficient ion transmission capacity and poor interface stability that result in unsatisfactory cyclic performance. Sulfide solid-state batteries have higher ion conductivity, but they react with moisture to generate hydrogen sulfide gas.

"Polymers are easy to make, but they are less durable, and it is difficult to make large sizes with oxide," Jung said. "We chose sulfide as an electrolyte material because of its high productivity," he said, suggesting that Samsung SDI will be able to produce solid-state batteries from 2027.

LG Energy Solution (LGES) took a different path to commercialize polymer batteries in 2017 and sulfide batteries in 2030. LGES predicts that polymer batteries will account for 48 percent of the world's solid-state battery market in 2030 because they can be used in a hybrid form or utilize existing lithium-ion battery processes.

"Initially, it would be a hybrid product mixed with liquid electrolytes, but shortcomings will be reinforced to produce a pure solid-state battery," LGES' cell R&D center head Kim Je-young said, conceding that technical barriers and unit prices hamper the early commercialization of sulfide batteries. "Technical hurdles are too high. It is vulnerable to moisture and must maintain extreme dry conditions. The goal is to produce it earlier than 2030, but it will not be easy."

The EAV-3 unmanned aircraft, developed by the Korea Aerospace Research Institute, is capable of flying over long periods at a stratospheric altitude of 12 kilometers (7.45 miles) and above.

A research team at the government-funded Korea Electrotechnology Research Institute (KERI) has developed a low-cost flexible high-energy-density lithium-sulfur battery that lowered manufacturing costs by using resource-rich sulfur as a cathode material. The institute said lithium-sulfur batteries would be widely used in future aviation mobility batteries such as flying cars and drones.

KERI has transferred technology to Daejoo Electronic Materials for the mass production of sulfide-based solid electrolytes. The company would develop various silicon materials that can replace lithium metal anodes for solid-state batteries.