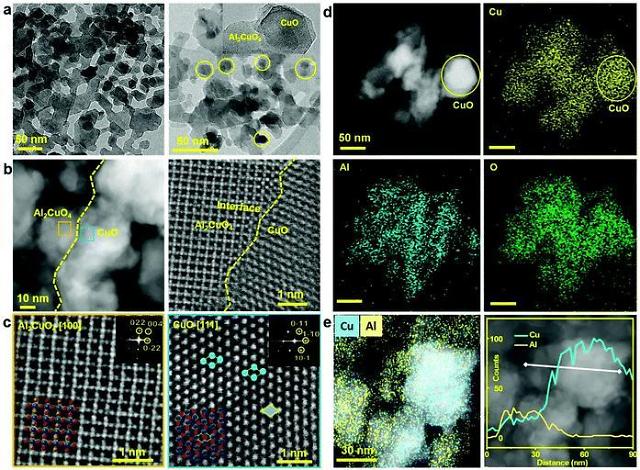 SEOUL -- A joint team of researchers has developed an electrochemical catalyst using a copper-aluminum alloy that can create ethylene from carbon dioxide. Normally, ethylene is produced using fossil fuel but greenhouses gases are also generated in the process.

Ethylene is a hydrocarbon regarded as the world's most important chemical. The hydrocarbon containing carbon-carbon double bonds is produced by heating natural gas. Ethylene is a starting material for polyethylene that is used for the production of packaging films, disposable bottles, wire coatings, and other vinyl products.

The hydrocarbon is also a starting material for two-carbon compounds such as ethanol (industrial alcohol), ethylene oxide which can be converted into ethylene glycol (antifreeze), polyester fibers, acetaldehyde, and vinyl chloride. Ethylene can be combined with benzene to form ethylbenzene which is used for producing styrene for plastics and synthetic rubber.

"This technology can catch two birds with one stone by eliminating carbon dioxide and producing ethylene in an eco-friendly way," UNIST researcher Kwon Young-kook said in a statement on April 24.