Seoul to promote adoption of abandoned animals through special benefits 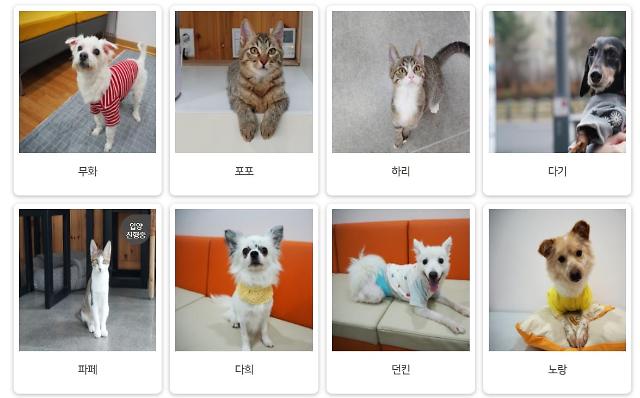 SEOUL -- Seoul will step up efforts to popularize the adoption of abandoned animals by offering pet insurance fees and special pet-related classes. About 39 percent of abandoned dogs and cats were rescued and sent to new families in 2021 and 9.5 percent were euthanized.

About 130,000 animals including dogs (about 70 percent) and cats (about 25 percent) are abandoned in South Korea every year. About 55 percent of them were aged one year or less, according to the agriculture ministry. Many dogs aged more than ten were also abandoned, and their owners may have found it hard to pay for animal hospital bills.

Animal rescue organizations and local districts operate adoption centers to encourage families to adopt lost pets instead of buying one from a pet shop. Some adoption centers request a small amount of fees from new families, but many of them offer pet-caring classes and other gifts such as dog food to attract people who are looking for a pet animal.

Seoul would accelerate the popularization of the adoption of lost animals by offering pet insurance fees for the first 12 months of adoption and classes that will help families understand and mingle better with their pet companions. Basic health checks and vaccinations will also be provided.

The insurance, provided by Seoul and DB Insurance, a major domestic insurance company, will cover illness or diseases as well as damage caused by pets. A lost animal must be registered using chips that are inserted into animals' bodies within six months of adoption to receive benefits. "We will vitalize the adoption of lost animals through various support programs," Seoul's civil health bureau head Park Yoo-mi said in a statement on April 25.