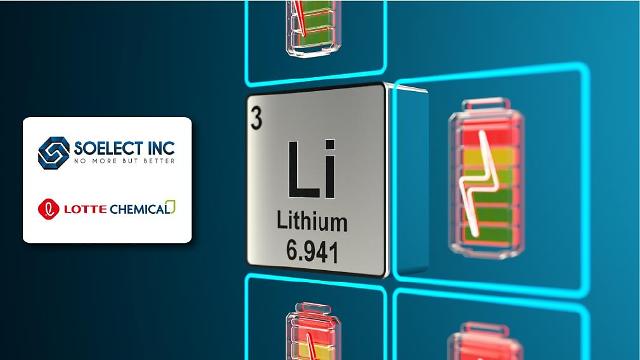 SEOUL -- Lotte Chemical, a major chemical company in South Korea, has partnered with SOELECT, a North Carolina-based electric vehicle battery startup specializing in lithium metal batteries, to set up a joint venture. They have yet to make a decision on whether to build a lithium metal anode production plant in the United States.

Founded in 2018, SOELECT focuses on the development and production of lithium metal anodes which are considered the next-generation battery parts that will enhance the rapid-charging speed capabilities of batteries. Lotte Ventures, an affiliate of Lotte Chemical, participated in an $11 million investment project with GM Ventures, and Daol Investment (formerly known as KTB Network) in February 2022.

"We will target the U.S. market that has a high dependency on foreign-made batteries," Lotte Chemical's advanced material division director Lee Young-joon said in a statement on April 27.